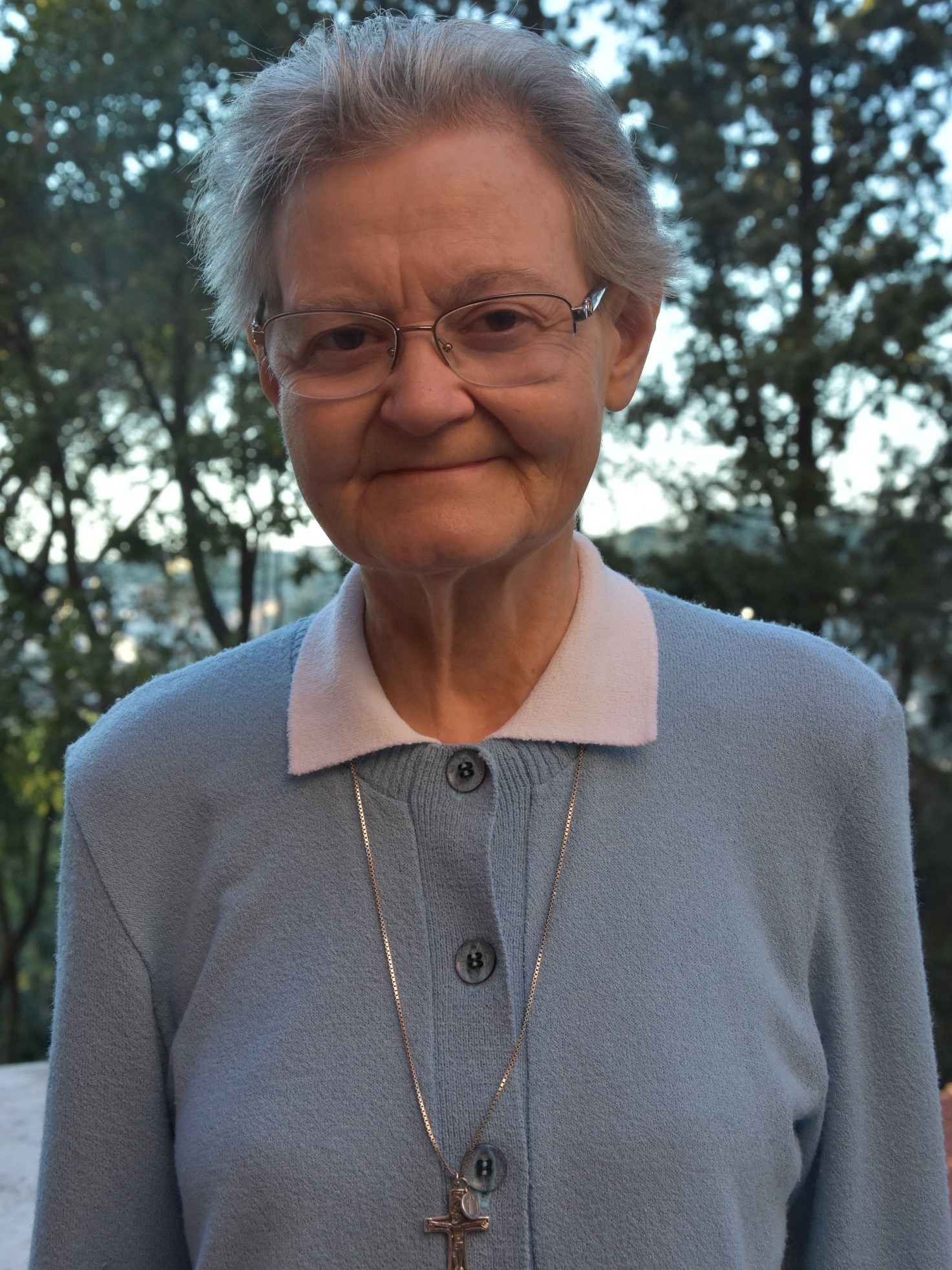 This verse from the Second Letter of Paul to Timothy expresses the struggle and the care for life which Sr. Evanise Maria has experienced in the course of her life. She was the first of the five children born to Julio Zucatti and Joana Muraro Zucatti. While their parents were working in the field to support the family, Evanise, her sister, and her brother were playing in field and forest and on the banks of the river. Unaware of the dangers, they ate fruit and berries and poisoned themselves several times. Many years later, another sister and brother were born. Evanise had a happy childhood; she was loved and protected by her parents and her grandparents as well as by her aunts and uncles.
When she was a child, it became already obvious that she wanted to lead a religious life. This was due to the education in the faith in her family and the example of two of her aunts who were Sisters of Notre Dame. For her parents it was a sacrifice to let their daughter go, but they accepted her decision.
She was still young when she came to Canoas as an aspirant and in 1964, she started her novitiate with the Sisters of Notre Dame. She completed her schooling at the Colegio Maria Auxiliadora in Canoas. In 1972, she passed her exam as a nurse. From then on, she was completely committed to her mission; she worked in the hospital and she was a teacher and supervisor in the technical area of the nursing school. Sr. Evanise Maria had a big heart for the sick and she worked hard for better health care, especially for the poorest of the poor and for those who had no access to the medical help they needed.
At the age of 42, she wanted to intensify her religious life and she decided to leave her ministry with the newborn and the poor in the villages, which was very important to her. She offered to help the elderly and sick sisters in the Italian province. Her request was accepted. In February 1988, she left Brazil for her new service. She wholeheartedly integrated in the Italian community and took care of the sick and elderly sisters. In spite of all her work in Rome, she never forgot her love for babies. When a child was born in one of our families, she immediately knitted clothes, which brought much joy.
In 2017, she had a surgery because of a trigeminal neuralgia which caused severe headaches. On that occasion, she got infected with hospital germs which are resistant to antibiotics and which she could not get rid of. The last two years of her life were marked by much suffering and hospital stays. Now she experienced herself the care for the life and health of the sick in hospitals and of her co-sisters.
She has written the following: “I have always highly appreciated life. I have loved it and I have never wanted to deal with death. I have always wanted the sisters to return home to the Father’s house in dignity and peace and without suffering”. (August 1989)
Sr. Evanise Maria was fully conscious until the last moment of her life. On September 20, she completed her mission on earth and returned peacefully home to her heavenly Father. We wish for her that she now receives the crown of life from Him for the good fight she has fought.
In the presence of about 25 priests (OMI and others), of many Sisters of Notre Dame and sisters from other congregations, and of many friends and acquaintances, we celebrated the requiem for Sister Evanise Maria. Some students of the Oblate fathers contributed with their songs and music to the festive liturgy. It was truly very moving. Now we wish our co-sister the eternal peace with Jesus Christ.