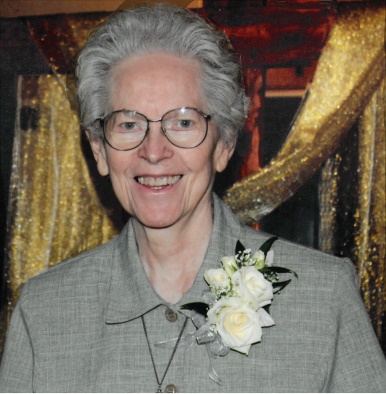 Sister Lea Marie began her ministry in Covington, Kentucky, teaching third through fifth grades in several elementary schools and orphanages. Sister continued her education at St. Francis Central School of Practical Nursing in Cincinnati, Ohio. After completing her degree in 1960 as a Licensed Practical Nurse, Sister worked at St. Charles Care Center and St. Claire Regional Medical Center. In June, 1969, Sister Lea Marie obtained a certificate as an Occupational Therapy Assistant to further help her patients. She especially enjoyed assisting as podiatrist at St. Joseph Heights until her retirement in 2009. Sister Lea Marie stated that her health care ministry was a wonderful way for her to give love to others. She continued to share that love in different ways. She helped those in the community with transportation, as a receptionist, and cleaning the Chaplain’s room. Sister was also very involved with the RCIA program at St. Agnes Church, Covington, Kentucky. She worked closely with those learning to become Catholic, treating each candidate like family.

Family was always important to Sister and she delighted in gatherings of her large extended family. Her brothers and sisters were close knit. Her nieces and nephews recall that in her younger years she was always first to jump right in and play sports with the children. She was a favorite of many.

Community members, family and friends gathered on Monday, November 28, to celebrate the life of Sister Lea Marie. The Mass of Christian Burial was held in St. Joseph Heights convent chapel. The Celebrant was Reverend Daniel Vogelpohl, a relative of the family. Reverend Robert Rosing, a good friend of Sister, gave the homily, from which Father shared that she was a witness to the power and presence of Christ. We are challenged to emulate that presence to those we encounter in our everyday living just as Sister Lea Marie did throughout her lifetime.

May Sister Lea Marie live in joy and peace in Christ’s loving embrace for all eternity.