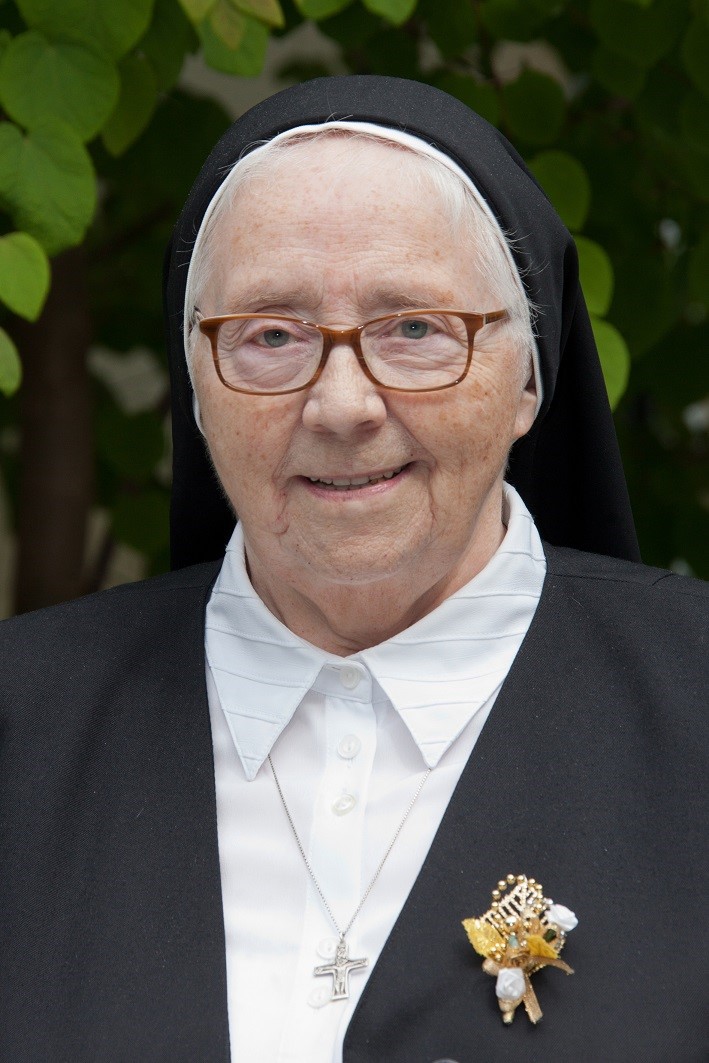 Sister Maria Adelgonda, Inge Koch, grew up with four younger siblings in Lowick near Bocholt. From 1938 to 1947 Inge attended the basic primary and secondary school in Bocholt. As she showed great affection for children, she worked in various children’s institutions, finally–before she entered our congregation–in the children’s home Vinzenzwerk in Münster-Handorf, at the time run by our sisters.

On May 1, 1952, she asked for admission to the novitiate of the Sisters of Notre Dame in Coesfeld. After her religious formation, due to her special talent, Sister M. Adelgonda, worked in a number of educational institutions of our congregation. With great energy she committed herself to the well-being and development of the children and youngsters entrusted to her. In order to serve them better and to be well qualified for her educational responsibility, she trained as a nursery school teacher and later on for education for children with special needs.

In the course of her professional activity, the care for handicapped marginalized children, teenagers, and families became a matter very close to her heart. In a specialist clinic for psychiatry, she supported severely handicapped and mentally ill teenagers and women with great empathy, patience, and steadfastness. She skillfully established relationships with handicapped people.

For ten years she ran a day care for children in an area for homeless people in Hamm, which was a great task and challenge. The Caritas, the owner of the institution, confirmed her extraordinary commitment and qualifications that became apparent in varied committees and led to positive changes.

Since 1992, Sister M. Adelgonda lived in Kloster Annenthal. Due to her cheerful, encouraging nature she could support her co-sisters in times of crisis. She liked her work as a sacristan in the neighboring Kolping-Bildungsstätte from 1992 to 2001. There she was able to maintain closer contact with her family.

The last years of her life were characterized by severe illness. Placing all her trust in God, she made her own journey, maintaining her sensitivity and listening to the problems of her co-sisters in the infirmary. She still loved music and singing.

We are grateful for the rich and full life we shared with Sister Maria Adelgonda. Advent has become a reality for her, the expectation of the coming Christ, who grants her the fullness of life.