“God’s love has been poured into our hearts through the Holy Spirit,
who has been given to us“. Rom 5:5  – Liturgy of the day of death 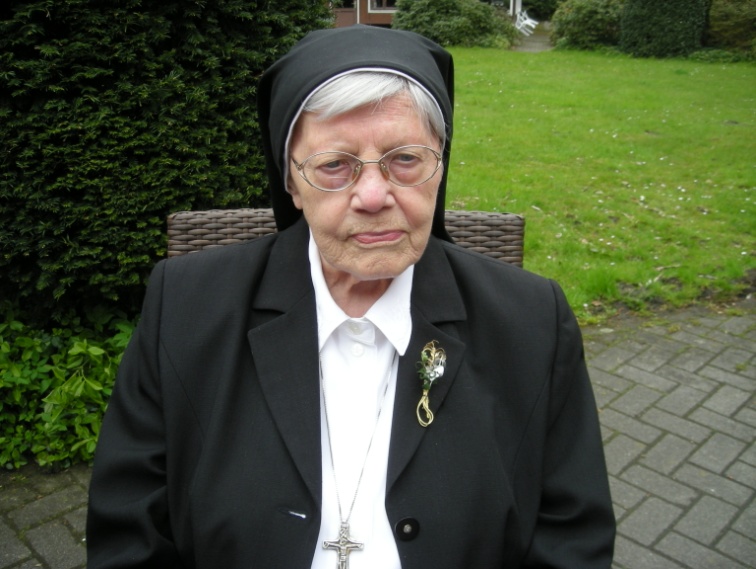 These words from the Vigil Mass of Pentecost reflect the deepest root from which Sister Maria Euthalia lived her life.

Gertrud Ostendarp was the youngest of the twelve children born to Johanna and Johann Ostendarp. Her parents were farmers, and they kept a small inn. In her parental home there was much life. The atmosphere was marked by good relationships and deep piety. Two of her siblings died at an early age; her youngest brother and a brother-in-law were killed in the Second World War. Her sister Luise joined the Sisters of Divine Providence. Later Sister Maria Euthalia always maintained close contact with her nieces and nephews and their families.

After completing the basic primary and secondary school, Gertrud was, for two years, what was called a lady’s help in the family of a factory owner in her home town. After that, she continued her education for half a year in Mülhausen. In 1936, she went to Hoddesdon, England, for two years, and helped our sisters with the housework. After returning, she followed Jesus’ call and became a postulant in Mülhausen on September 3, 1938. At her investment on March 25, 1939, she received the name Sister Maria Euthalia.

After her novitiate, Sr. Maria. Euthalia attended a school for baby care in Bonn and successfully completed her formation as a baby nurse on September 22, 1942. She worked in this job for only two years. In 1945, she was transferred to Wangerooge to take care of children in need of recreation. Wangerooge was to be the place of her ministry three more times.

She lived and ministered for twelve years in our former small convent in Vestrup, taking care of many sick and elderly people. At the request of the parish priest, she also led a group for girls and played the organ.

In 1969, she successfully completed a course in accounting so that she was able to manage the money. She did this job in Vestrup and then at the Antoniushaus in Vechta, where she was also the local superior for some time. In Vestrup as well as in Vechta, she maintained many contacts with the people around her. In 1992, she came to Marienhain, then our provincial center. When she was transferred to the infirmary, she asked the permission to minister “outside,” which meant assuming little tasks and maintaining contacts outside the infirmary.

It is not surprising that she spread contentment, serenity, and trust in God at the age of almost ninety-eight. In the morning, she was in chapel early, and as long as she was able she completed the day by playing games and by going for a short walk in our garden and to the cemetery. Until her final days, she could spontaneously answer in a witty way or she had a funny line in store, which made us smile.

We are grateful for the long life of Sister Maria Euthalia in our community. We believe that she now enjoys life in abundance with God, who is Love, and that she meets again all those who went there before her. 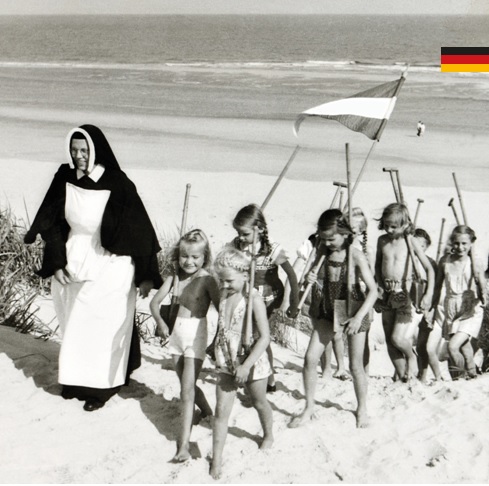