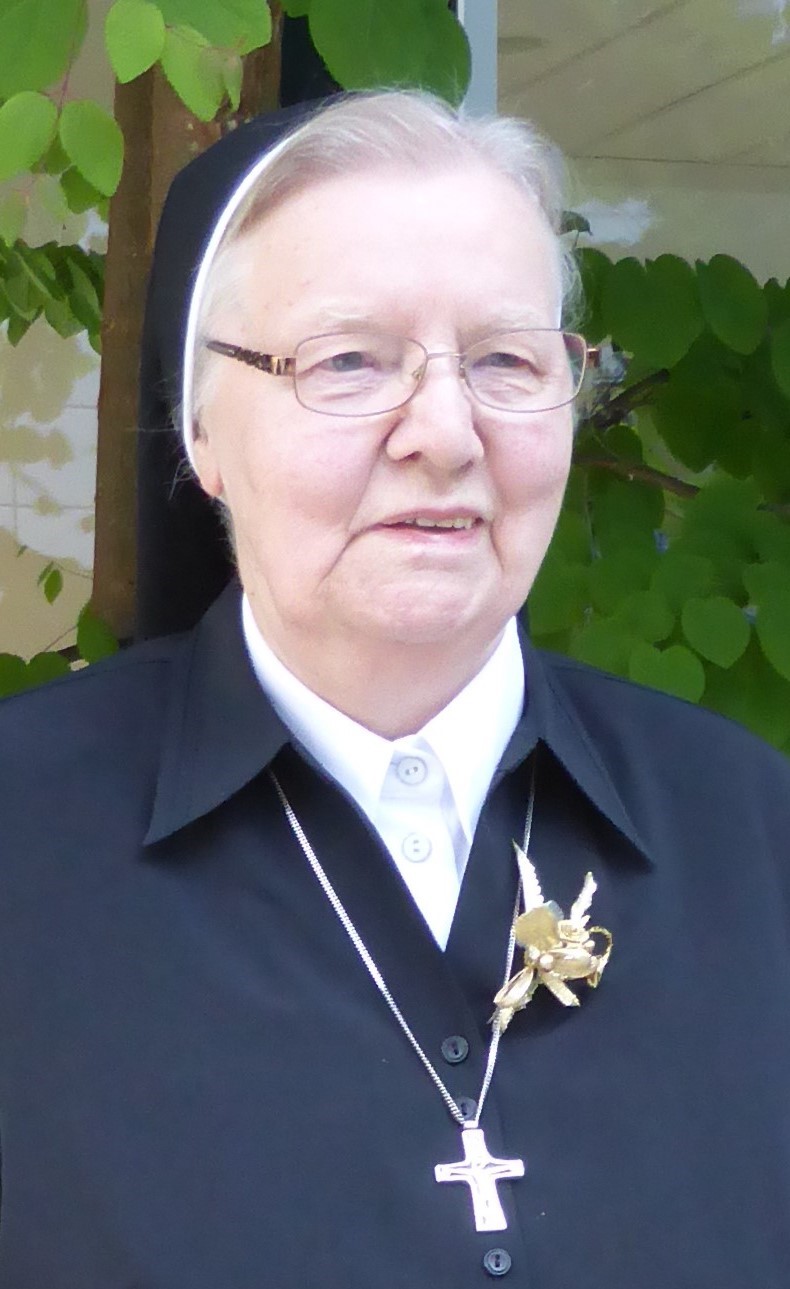 Maria Termühlen grew up on her parents’ farm together with her six siblings. About her family’s disposition, she said at the celebration of her golden jubilee of profession in 2012: “The foundation of my religious activity was already laid in my parental home which found its orientation in Christian values.”

From 1943 – 1952, Mary attended elementary school in her village. In the first five years after her completing this, she acquired extensive skills by working on her parents’ farm, by gaining experience as a domestic helper, and by training as an apprentice cook at the Liebfrauenschule in Meppen (1956/57).

During this apprenticeship, Maria also came to know our sisters. In 1959 she was accepted as a postulant of the Sisters of Notre Dame in Coesfeld. In addition to her religious education, the course was set for her professional training as a seamstress. In elementary school her manual skills had already become apparent; for “needlework” she received the grade very good. In 1968 she passed the master’s examination in “ladies tailoring – craft”. Sr. Maria Franzinis was active in this field for almost 45 years: in Gescher, Coesfeld, Vreden, and from 1976 to 2012 in Allagen.

Another focus was her dedicated pastoral work. She had acquired religious pedagogical – catechetical training in the theological correspondence course and received the episcopal permission to give religious education and extracurricular instruction. This gave her the chance to give many young people orientation and support in their faith. She especially enjoyed preparing groups for the sacraments of the Eucharist and Confirmation. When she shared about this or about the encounters in the parish library, which she had helped to set up, her eyes lit up.

In 2012, Sister Maria Franzinis celebrated her Golden Jubilee. In congratulating her, the chairwoman of the parish council said, “36 years ago, a strong and assertive Sister Franzinis came to Allagen. She was active in many areas.” Energetic and dedicated, she was also very much involved in her local community, including serving as local superior.

Since leaving Allagen in 2012, Sister Maria Franzinis lived in the Annenthal convent in Coesfeld. Here, too, she took on small tasks as her health permitted. She felt coresponsible for the spiritual life in the community. Eucharistic adoration and devotion to Mary were of special concern to her. From this she also drew the strength to endure health impairments without complaint. She gratefully accepted help when it was needed.

Sister Maria Franzinis’ death was so unexpected that we sisters and our staff were shocked. She had slept away peacefully during the night into the eternal day of God, into the dawning of Advent.