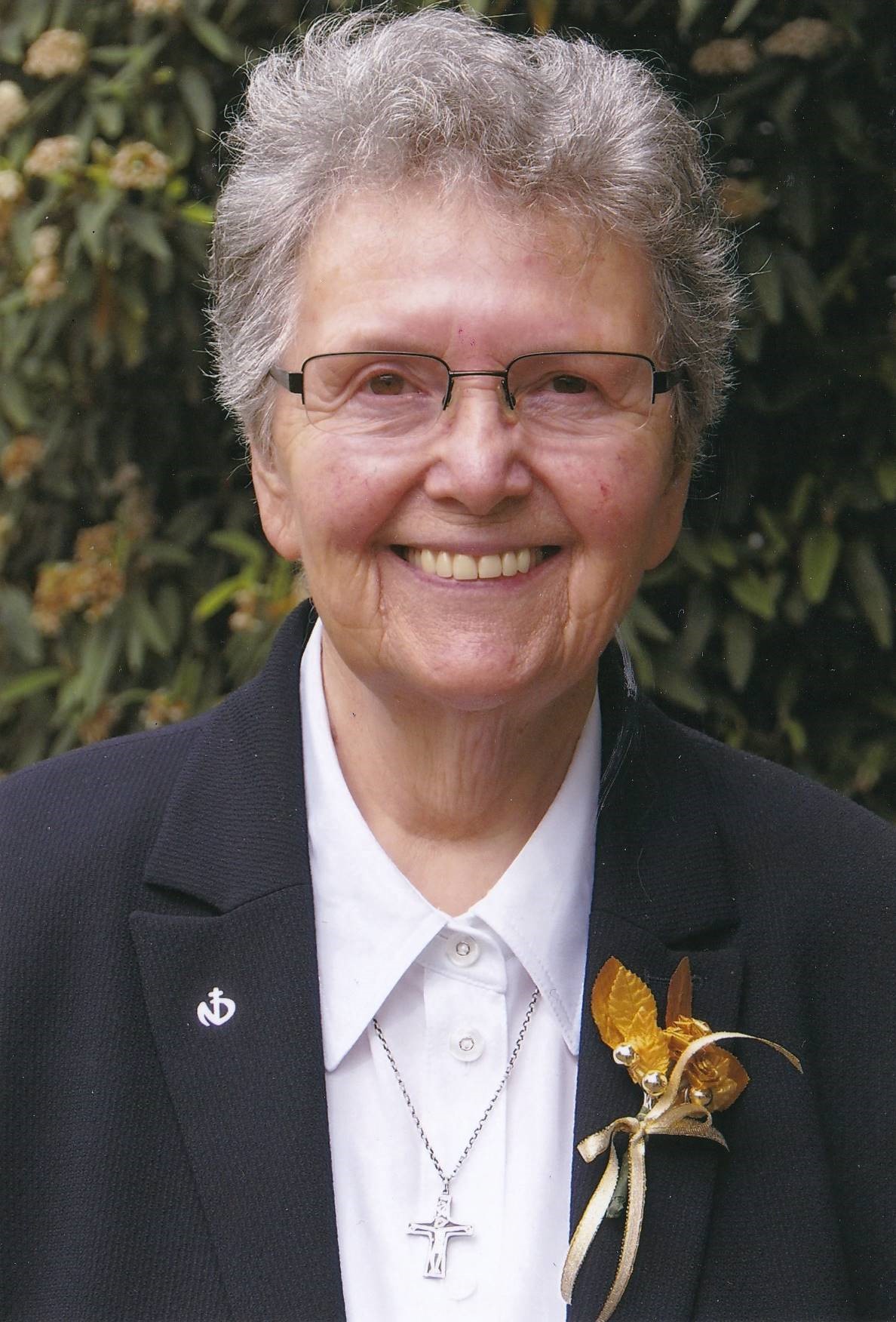 On the Fourth Sunday of Advent, our good God called Sister Maria Hildgarde home as the result of a Corona disease. After the waiting and hoping during Advent, he relieved her from pain and suffering to give her the joy of contemplating his face in the heavenly Christmas.

Annemarie grew up with her five-year-younger brother in a family marked by faith. Since her father was a master butcher and innkeeper, the children had to help in their parental business at an early age. Annemarie attended the basic primary and secondary school successfully and then she helped her parents with their inn and guest house.

When her mother died in 1961, her father gave up the guest house and Annemarie looked for a job at Heinrichhaus in Engers. At that time, she began a formation as a nurse in the hospital in Neuwied and in Heinrichhaus. Collaborating with the Sisters of Notre Dame, she also felt the growing wish to become a woman religious.

She took loving care of her brother, who was a sailor, and for whom she represented a kind of home.

On 2nd July 1964, Annemarie started her religious formation at the provincial center St. Joseph in Rheinbach. After the novitiate, she returned as Sister Maria Hildgarde to Heinrichhaus in Engers, where she worked in the orthopedic ambulance and in the operating room until 1987. At the same time, she got involved in the church youth and adult work, took care of the liturgy, and she accompanied the services with her organ playing.

Her craftmanship with wood and stone made many people happy and it was a relaxing hobby in her stressful job at the clinic.

From 1987 to 1991, she ministered as a nurse in Haus Maria Einsiedeln in Bonn and then at Vinzenzheim in Aachen, a home for physically and multiply disabled children.

In 2007, the convent in Aachen was closed and Sr. M. Hildgarde moved to Geschwister-Louis-Haus in Hürtgenwald-Vossenack, a home for senior citizens. In the pastoral care for the elderly and in the social services, she accompanied people, giving them understanding and joy.

She contributed her talents by playing the guitar in singing circles, by playing the organ in the chapel, and by preparing the liturgy, especially farewell services for deceased residents. On Sundays, she ministered as a volunteer in the detention center in Aachen for many years. She was involved in the preparation of prayer services and in religious discussion groups for the detainees.

She enjoyed the contacts with her many friends, especially with her brother and her sister-in-law. In the small community in Vossenack, she appreciated the community prayer and her daily life with the sisters.

She loved nature, everything beautiful, travelling, and walking in and around Vossenack until the serious illness fell upon her, which tore her out of her familiar environment and led her to the loneliness of the intensive care unit. As the nurses in the hospital assured us, she gratefully accepted every help and quietly went home to God, to whom she had dedicated all her life.