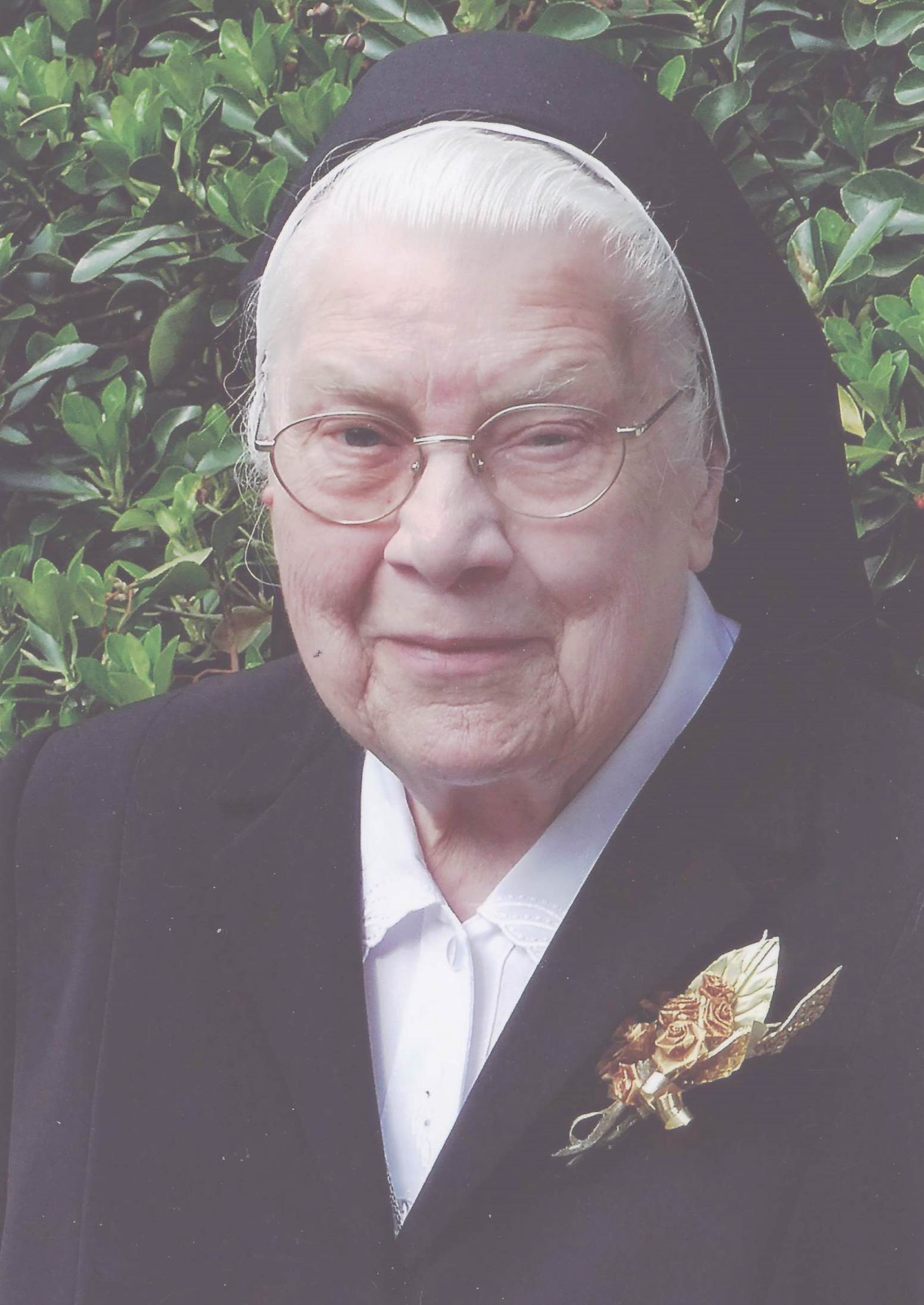 Josephine was the second oldest of the 7 children born to Anton Evers and his wife Elisabeth, née Koddenbrock, in Lutten, County Vechta. Three of the siblings died as children. The parents were farmers in Lutten. After completing basic primary and secondary school, Josephine worked on the farm for several years.

She spent her youth at a dark period of German history, the time of the dictatorship of National Socialism with its animosities against the churches. She experienced, for example, the fight for the crucifix in Cloppenburg: in 1936, thousands of Catholics gathered in the Münsterlandhalle in the marketplace to protest publicly against the measure of the government to take the crosses out of the schools. The measure was withdrawn. Perhaps experiences like these awakened the wish in Josephine to serve the church and to dedicate herself entirely to Christ.

The Sisters of Notre Dame also experienced the hardships of the regime that closed many schools. In 1938, the boarding school in Oldenburg was closed. It was changed into a home for working women and for elderly women and the Sisters looked after them and did the housework. In 1939, Josephine was sent there as an apprentice cook to learn housekeeping.

In 1941, she entered in Mülhausen. Some time later, the novitiate had to be transferred to Cloppenburg. Sr. M. Norbertis made her first profession in Ahlen.

After ministering in Salus/Mülhausen and Vechta, she was transferred to a boarding school for boys in Brussels in 1948, where she worked in the kitchen, the chapel, and the house until 1963. She liked to remember that time with its special events, such as the coronation of King Baudouin and the Brussels World Exposition. She always had a great interest in current affairs. She regularly read the newspaper and even tried to learn some French.

When our Sisters withdrew from their ministry in Brussels in 1963, she was transferred to St. Joseph High School Rheinbach. Since she was in charge of the housekeeping and laundry, she had to work with a great number of employees. She was an attentive and active co-worker who gave clear instructions, but she also had confidence in them.

In 2007, she moved to Haus Maria Einsiedeln, Bonn; and in 2008 to Haus Salus Mülhausen. There she suffered great pain because of a tumor in her leg. With amazing patience, she bore long weeks of pain and uncertainty until she was finally able to live in the community again. Her positive attitude was obvious until the end, especially when she laughed heartily.

On the evening of August 9, she quietly went home in the 100th year of her life. R.I.P.