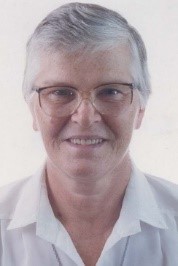 Luiz Lovatto and Maria Sbalquero were deeply surprised by the birth of their twin daughters on August 2, 1937! The beautiful girls were named Ignez Luiza and Olinda. To complete the parents’ great joy, on December 30 in the same year, they were baptised. Later, a son and a daughter were born to the Lovatto family who lived in the countryside and earned their subsistence from agriculture.

At the age of 19, Ignez Luiza left her family in the search of fulfilling her life ideal and joined the group of postulants of the Sisters of Notre Dame in Passo Fundo. Later, on February 12, 1957, she entered the novitiate, receiving the religious name Sister Maria Silvana, a name she kept until the end of her life.

As a young Sister, she chose nursing as her ministry. To well prepare for her job she attended a Nurse Assistant and also a Nurse Technician course. “True love begins where nothing is expected in return”, said  Antoine de Saint-Exupéry. This quote describes Sister Maria Silvana´s life, totally dedicated to health care, especially to the most disadvantaged and suffering. Sister was a Samaritan presence with the sick and the suffering in various hospitals in southern Brazil since a young age.

In 1982, she joined the ND missionary Sisters in Tocantins, in the North of the country. Here, Sister dedicated herself to the Pastoral da Saúde Preventiva (Preventive Health Care Pastoral), the Pastoral da Criança (Children Pastoral) and works in health clinics. Sister was a solidary and committed presence to the people, able to promote and to celebrate life with them, as well as, to identify the face of God in the face of those who suffer. She was able to see the image of God in each human person.

In 2006, in recognition to Sister´s dedicated service to the city of Santa Rosa do Tocantins, she received the title “’Outstanding Personality’, for the relevant services provided to the city, serving the community with dignity, with respect and ethics, regarding her professional performance.” For the relevant service provided to the people of God in Divinópolis, Tocantins, they named their Health Care Unit after Sister´s name.

In 2018, after 36 years of service in the State of Tocantins, she returned to the South, with a poor health. She underwent a surgical procedure to adjust a dislodge femoral prosthesis. From then on, a long martyrdom began, with intense pain and suffering due to a bacterium she picked up in hospital and never got rid of. Wheelchair and illness did not prevent her from feeling appreciated and useful to the community. She occupied herself with handicrafts, especially with frivolité and cross stitch embroidery. Sister was a joyful community member, a friendly, pleasant, and kind presence, always present for the community time of prayer, gatherings and parties. Frequently, she remained in adoration before the Holy Sacrament and participated actively in the Holy Mass.

Aware of her fragility and of the seriousness of her disease, Sister chose to take the risk of a last resort -the removal of the infected femoral prosthesis. On August 18, she was admitted to Ernesto Dornelles Hospital, in Porto Alegre for the surgery. The bacterium was so aggressive that it quickly reached other organs and led to her death. Sister was prepared for her ultimate encounter with the Lord. On September 11, 2021, the good God called Sister M. Silvana to a joyful eternity, together with Jesus and Mary, to whom she dedicated all her love during her earthly journey.

Now Sister M. Silvana participates in the feast of fullness, in the place prepared by the good God for his faithful servant.