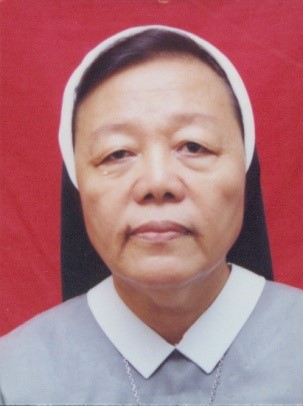 Kurniati was the eldest child of her parents, Thio Boen Kiat and Saidah. They have 3 sons and 3 daughters. Kurniatii was raised in a non-Christian family in Pekalongan. Because of her introduction to the Sisters of Notre Dame she was baptized on March 28, 1964 and on December 8 received the Sacrament of Confirmation – both in the Pekalongan Parish.

Kurniati responded to the inner call from God to follow Him in the Congregation of the Sisters of Notre Dame. Meeting with SNDs who ran St. Jospeh Kindergarten in Pekalongan made her dare to step into the SND Congregation, and she was accepted as a postulant on February 27, 1966, in Pekalongan. Then, on January 4, 1967 she was invested and received her religious name: Sister Maria Tekla.

During her initial formation, Sister Maria Tekla increasingly fostered her love as a religious in the SND Congregation, the formators educated and accompanied her to become a person who is obedient, disciplined and decisive in living the vows and growing in the virtues of the Congregation. Sister was permitted to make her first vows on January 4, 1969. Then, on June 20, 1976, she made her final profession.

The education Sister received were grade school, junior high and teacher training school. Then she got her BA degree at Sanatha Dharma Teachers College in the English program. She received her Master’s Degree in Education Management in the US and she took her PHD in St. Thomas University, Manila, the Philippines. During her further studies Sister always received satisfying results.

Since the time she entered the Juniorate until before she became seriously ill, Sr.M.Tekla was involved in the world of education. She taught in high schools, ministered as school principal in various places – both in the schools owned by SNDs as well as by the diocese and other private foundations. In addition to serving as the principal, she chaired the Notre Dame education commission, the supervision of SND schools. Sister was a broad-minded person, a visionary, and could get along with small, middle to upper class groups, she not only built relationships with education experts but with all those who care about education.

When Sister was appointed as the provincial superior of the Indonesian province she wanted us, her sisters, to be smart, wise and to work hard to expand the Kingdom of God. Sister not only paid attention to the various forms of education, she also developed other ministries. All of her ministry work was under the protection of Our Lady, who became her role model and support. This devotion is rooted in her life since she lived out her Fiat to God.

Sister Tekla’s health began to decline a few years ago. She still had the strong will to work in God’s vineyard but God said differently. Cancer that did not want to compromise with her took the life of Sister in Budi Rahayu Hospital, Pekalongan at 11:00 pm on September 13, 2019, accompanied by the Sisters of both the Pekalongan Community and Notre Dame Jakarta, where Sister lived almost all of her life. Now she is resting in everlasting peace with the Holy Trinity and Our Lady.