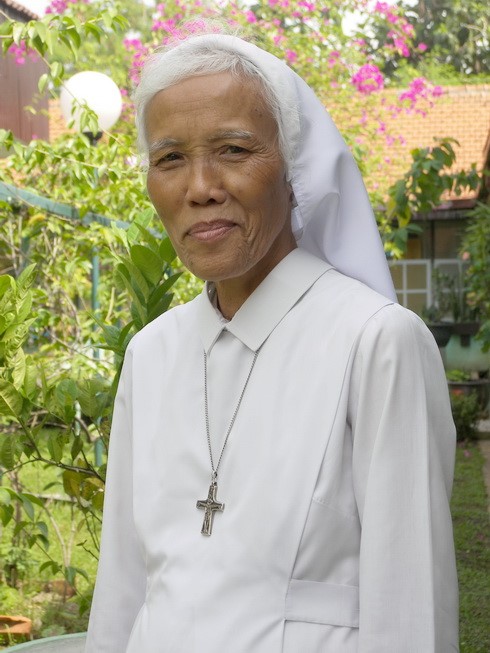 Sister Maria Yakoba, Yasinta Sulastri, was the fourth child in her family. She had one brother and two sisters and grew up and was educated in Yogyakarta in a catholic family. She was baptized on April 20, 1957, in Nanggulan and received the Sacrament of Confirmation on July 30, 1960, in Mlati, Yogyakarta.

Before entering our Congregation Yasinta Sulastri studied in the field of education in Yogyakarta. She had the intention to become a religious sister when she was still young. On December 15, 1970, she joined the Sisters of Notre Dame in Pekalongan as a postulant and on December 10, 1971, she began her novitiate and received the name Sister Maria Yakoba.

In her initial formation she did her best to live her vocation seriously and faithfully. On December 1, 1973, she made her temporary profession and was sent to teach in St. Aloysius Junior High School, Mlati, Yogyakarta. Here she developed her personal as well as her religious life and on December 12, 1979, she made her final profession.

As a teacher, Sister Maria Yakoba payed a lot of attention to students who had problems studying. She asked them to come to the convent in the evening and patiently gave them extra lessons. She also cared for poor families. She really praticed Matthew 25: 40: “In as much as you have done…” For some time she accompanied the postulants in Salatiga, where she also ministered in the field of pastoral care.

Sister Maria Yakoba suffered from diabetes for quite a long time, and this caused her eye sight to become weaker and weaker. She lived with the elder sisters in Wisma Hanna and her mission was to be an adoration sister. She had a deep devotion to Mary, who became her model for her religious life. In her suffering she still kept smiling and showed much patience.