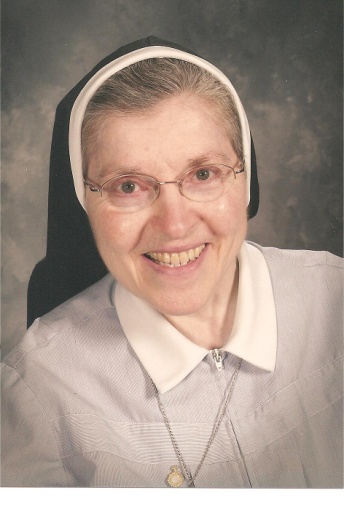 “Suffering is something in our lives that we can use for our own growth and for that of other people.” This was the motto of Sister Mary Marc and she lived its reality for thirty-three years.

Annette grew up in an active, warm and generous household of ten brothers and sisters on a farm in Erie, Michigan. She attended St. Joseph elementary school and in 1955 she entered the Notre Dame Aspirant School and attended Notre Dame Academy. Following graduation in 1959, Annette was received into the novitiate of the Sisters of Notre Dame, joining her two older siblings – Norma (Sister Mary Ross) and Kathleen (Sister Mary Dale). Annette was given the name, Sister Mary Marc. Her younger sister, Christine (Sister Mary Kent) would later follow them to complete the family foursome in Notre Dame.

Sister Mary Marc pursued a Master’s Degree in Education from Xavier University in Cincinnati, Ohio and continued to further her education at the Chicago Midwest Montessori Teacher Training Center where she earned certification as a Montessori Directress. She was a master teacher well known for her ability to help little children to know, realize and appropriate their highest potential. Many teacher colleagues likewise looked to Sister Mary Marc as a loved mentor.

In 1980 Sister Mary Marc was diagnosed with Multiple Sclerosis. In the early years of her struggle with MS, Sister Mary Marc learned of a group called CUSA—Catholic Union of Sick Associates, an apostolate of persons with chronic illness or disability. Over the years through email, telephone calls, and writing she formed many rich friendships. Sister Mary Marc discovered in suffering that her gift was encouragement.

Community life was important to Sister Mary Marc. She gathered people together to relate stories from her day in the classroom and from past life experiences. Her presence was marked by warmth and gentleness and her smile and laughter were infectious.

In February of 2010, Sister Mary Marc’s health care needs made it necessary to take up residence at Rosary Care Center. Even as her body continued to physically deteriorate, Sister continued to offer to others her gift of encouragement by finding ways of “doing little things in a big way.” In the early afternoon of August 21, 2013 the Divine Healer called Sister Mary Marc to himself where she can now run free and stand tall and straight again. May she know unending joy in the Divine Healer.