“Blessed are the poor in spirit, for theirs is the Kingdom of Heaven” (Matthew 5:3). 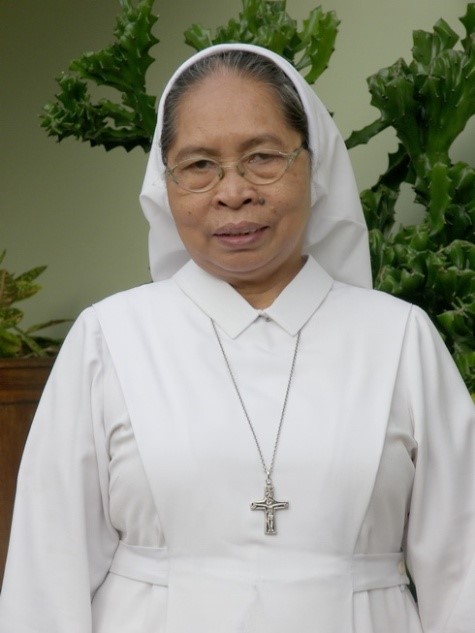 Sister Miryam was the fifth of six children born into the family of Mr. J. Praptohandoyo and Mrs. Roekimah in Salatiga, Indonesia. She grew up in a Christian family, was baptized in April 1957, and received the Sacrament of Confirmation in Santo Paulus Miki Parish Church, Salatiga.

Sister Miryam spent her years of education in the field of administration in Surabaya. The desire to become a religious had entered Sri Sulastri’s mind when she was still young. She became a postulant in the Congregation of the Sisters of Notre Dame in Pekalongan on November 5, 1976, and was invested on December 20, 1977, receiving Sister Miryam as her religious name.

The years of formation helped her to grow in her vocation. Despite the weakness in her leg, she never asked for exceptions in any duties or activities. She was enthusiastic in her religious life. She did her best to practice the virtues and persevere. On December 12, 1979, she made her first profession in Pekalongan and was assigned to her new ministry in the field of administration in Budi Rahayu Hospital.

Living the Gospel of St. Matthew, “Blessed are the poor in spirit, for theirs is the Kingdom of heaven” (Matthew 5:3), Sister grew to be a mature person living her religious life authentically. On May 13, 1987, she made her perpetual profession. She had talents in the field of secretarial work and was assigned to the office of provincial secretary. She also was skilled in domestic work, especially cooking. This was a big contribution for the community.

Until the last phase of her life, Sr. Miryam still helped in the financial administration. She was always persevering and joyful in her job and was faithful in her daily prayers. Pekalongan became the last harbor for her ministry and life. She had a deep devotion to Mary who had become the model of her religious life.

Sister Miryam’s health had been declining since October 2016. On September 21, 2017, at 6:00 p.m., Sister Miryam’s suffering was united with Mary’s. Our good Lord was pleased to receive her as his beloved daughter in his kingdom. Be happy, dear Sister Miryam, for the Kingdom of God is yours. Amen.