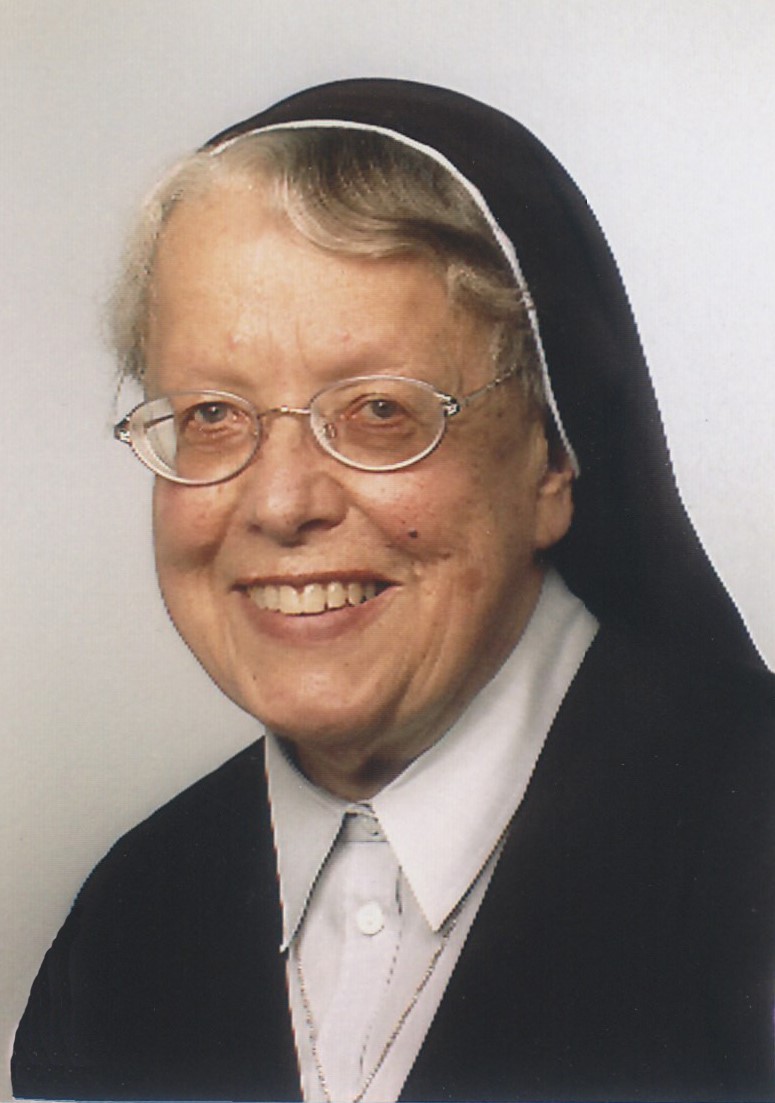 Sister Ursula Maria was the eldest daughter born to Hermann Watteroth, head of underground engineering, and his wife Frieda, née Neidahl. She had a sister and a brother. Due to their father’s job, the family moved several times.

In 1944, Ursula completed basic elementary and secondary school in Magdeburg. Then she attended the school for housekeeping and childcare in Salzkotten. In the fall of that year, the school was closed for political reasons. From 1945 to 1947, Ursula was not able to work because of an accident. In 1947, she started an apprenticeship as a seamstress, which she could not complete. Her father had political difficulties and was imprisoned. As a consequence, Ursula was denied any further formation. In 1949, the family fled from East Germany into the Federal Republic; her father died from the effects of his imprisonment. From 1949-1951, Ursula worked as a factory worker in St. Andreasberg in the Upper Harz Mountains.

In May 1951, she entered the secular “Institute of the Holy Heart of Jesus for family care and pastoral care” in Germete/Warburg. There she attended the college for kindergarten teachers and day care providers and she also became a pastoral assistant. Later, she attended the college for social pedagogy in Münster. After that, she taught at the technical school for social pedagogy in Warburg and she completed an in-service training as a technical teacher.

In 1973, she started diploma studies at the pedagogical college in Vechta and from 1974, she taught at our vocational school in Marienhain. She came to know the Sisters of Notre Dame first in Münster and then in Vechta. On 12 May 1975, Ursula left the community in Germete and on 16 May 1975, she entered our congregation in Vechta. She received the name Sister Ursula Maria.

With great commitment, she continued teaching at our vocational school. She was a dedicated teacher who loved her students and listened to them. Her favorite subject was creative crafts. She always prepared her classes very carefully. She had good relationships with her colleagues. She often spent her free time with another sister in the crafts room, where they made beautiful things out of clay and of paper. From 1991 to1999, she ministered in Ludwigslust in the former GDR, teaching at a school run by deaconesses, which provided nursing care for the elderly and training for children’s nurses.

In Garmisch-Partenkirchen, she ministered in our guesthouse for 10 years. The fresh air had positive effects on her health. After that, she returned to Vechta, first to the Liebfrauenhaus and in 2013 to Marienhain. In 2017, she moved to the healthcare center in Kloster Annenthal, Coesfeld.

For many years, her life had been marked by losses, hurtful experiences and anxieties. All this had strong effects on her health, especially on her heart, her lungs, and her eyes.

The words which accompanied her show how she dealt with these difficulties, “I am straining forward for what lies ahead.” Her life and her death were centered on God. So she could peacefully go home to God with Whom she now enjoys life in abundance.