The Chapter delegates met in 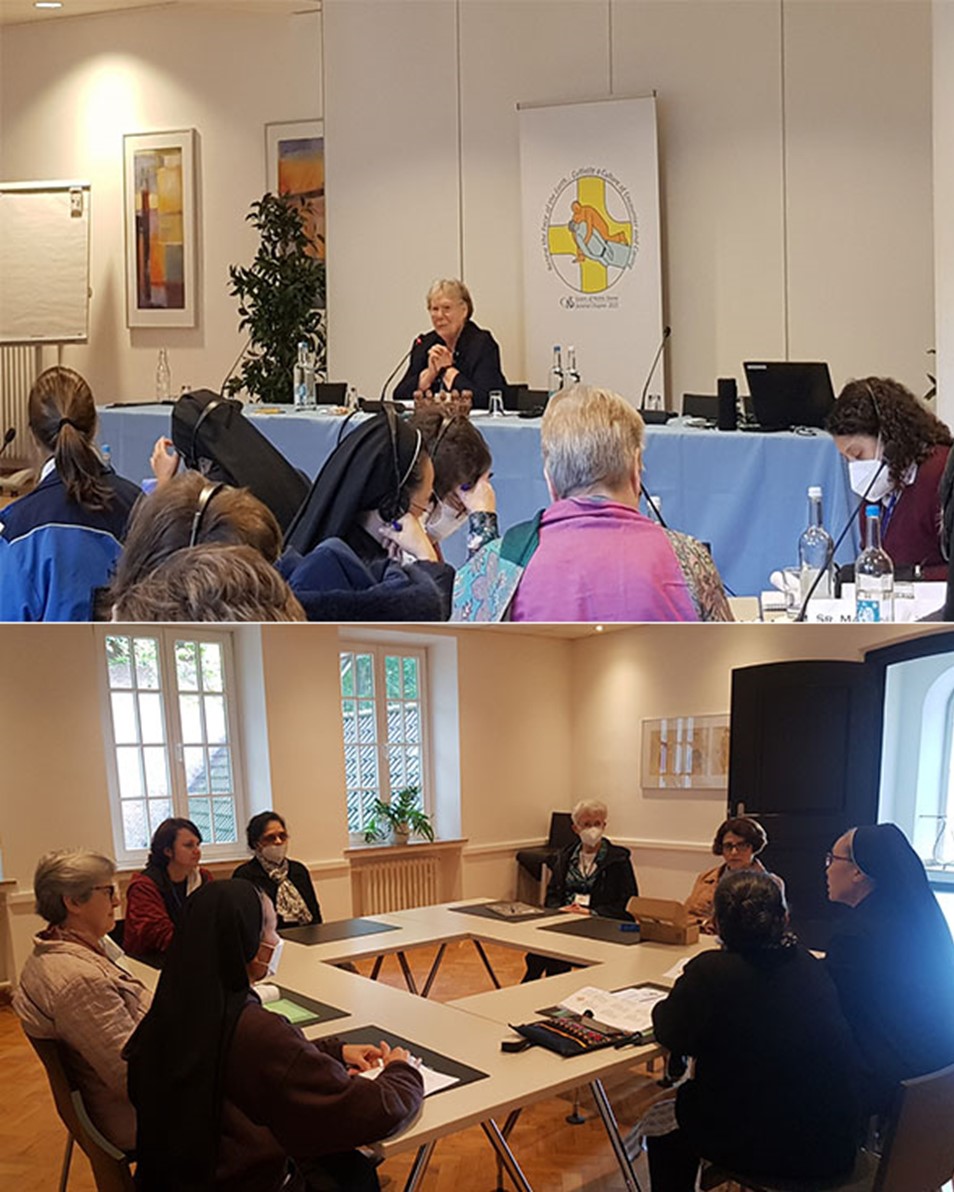 the Chapter Room on Friday morning, September 30, where Sister Mary Kristin gave the general orientation for the Chapter, reviewing all materials in the delegates’ information packets.  Sister Maria Elke, Secretary General, shared important information about Kloster Annenthal (our SND regional center here in Coesfeld) and Kolping Buildungsstätte, our residence and meeting space during the Chapter.  The Chapter facilitators provided orientation to first-time delegates and also to the working group facilitators.

The afternoon provided time for delegates to meet in their table groups and consensus working groups to become better acquainted with one another.   Later, everyone met at St. Lamberti Church where a practice was held for the Opening Mass on Saturday, October 1.

We are pleased to be working with co-facilitators,
Sr. Katherine Mary O’Flynn, FCJ and Sr. Mariana Camezzana, SSpS.

Sr. Katherine O’Flynn is a member of the Society of the Faithful Companions of Jesus.  She is an educator and psychotherapist by training, has served in congregational leadership and is an experienced facilitator of general chapters.  She is originally from Ireland and currently lives in London.  Sister observed, “The Sisters of Notre Dame are certainly diverse – culturally, ethnically and in personality – and this promises a richness to the work of the Chapter.”

Sr. Marina Camezzana is a member of the Congregation of the Missionary Sister Servants of the Holy Spirit and is originally from Argentina.  Sister is a social worker by training and has served as a missionary in several countries.  She is currently a member of her Congregation’s leadership team and lives in Rome.  Asked about her first impressions of the SND, Sister said, “They are open, interested and ready to share!”