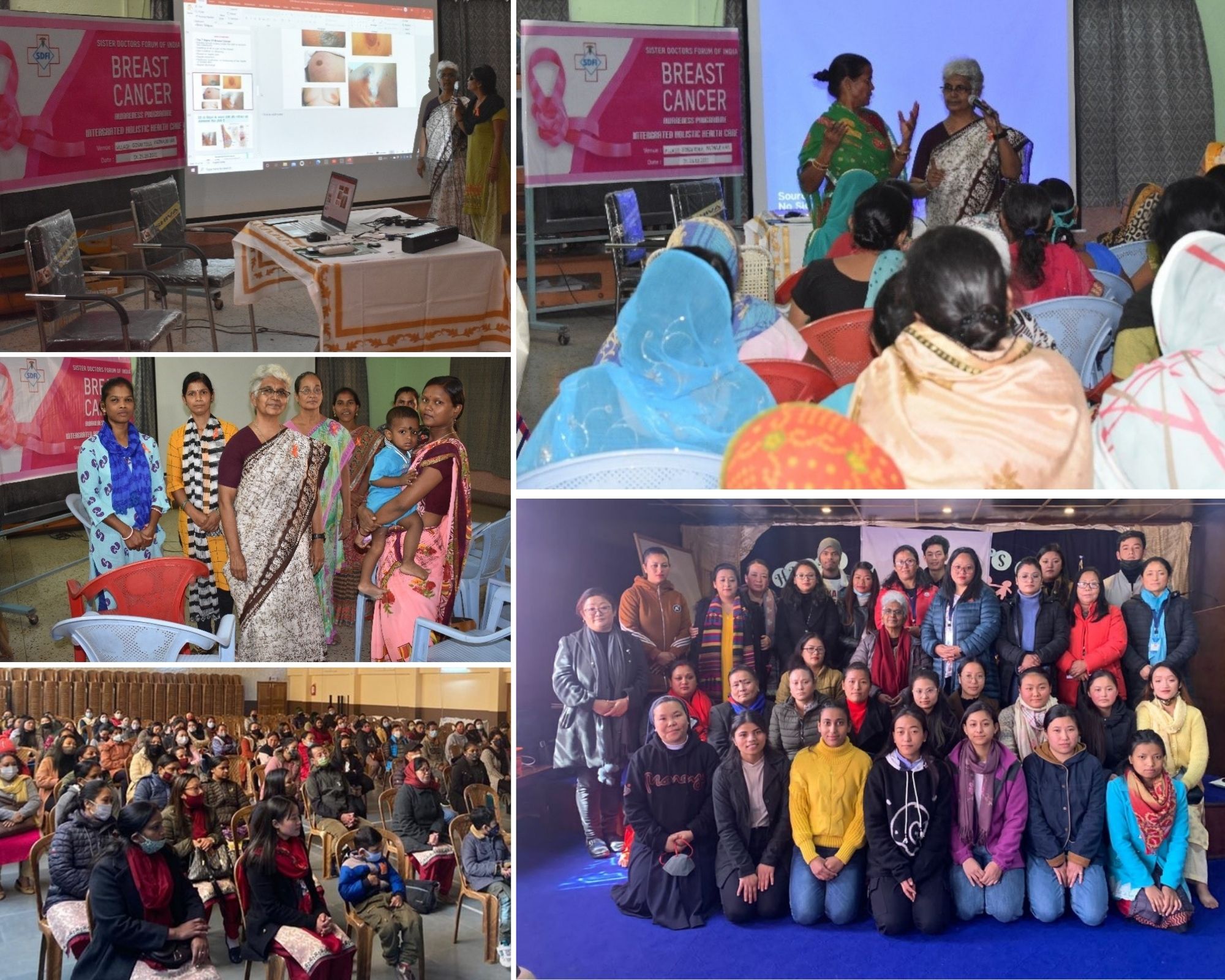 October is the month of Breast cancer awareness. The rapid rise in the incidence of cancer among Indian women is alarming. While in developed countries like the U.S.A the incidence is 1:8, In India it is 1:22 among the urban population and 1:60 in rural areas. The latter is the outcome of the rapid urbanized life-style changes among the rural people. Every 4 minutes one Indian woman is diagnosed of breast cancer .

Lack of awareness in both the urban and rural communities is the main reason  for late diagnosis and the poor out come. So, on 25th Oct. 2021, an awareness program was conducted in the premises of MASHAL by Sr. Prema Devaraj, M.D with the help of Sr. Deepika and team from 3.00 p.m. to 5.00 p.m. In spite of the festive season and the working hours  we had a good group of 51 women in the age group of 20 to 66 yrs-the rag pickers, house maids, house wives and the  fourth class employees from a nearby hospital.  With the registration, each one was welcomed by pinning a pink ribbon enlisting them as promoters of breast cancer prevention by early identification of breast signs and symptoms.

Through PPT, demonstration and interactive sessions the participants gained knowledge about preventive and promotive care of breast cancer: healthy lifestyle, recognizing the early signs and symptoms, self breast examination, clinical breast examination, mammogram, ultrasound, FNAC and biopsy. They  learned the importance of mammograms as a screening tool after age 40 when the tumor is less than 5cm and difficult to detect. In the discussion that followed they were grateful for this information that breast cancer is curable and it will save them from spending all their hard earned money in vain if diagnosed later. One participant shared about a family member who died recently of breast cancer. She said if she had this knowledge earlier, it would not have happened, while  another said she will take her daughter-in-law to the doctor as she has a painful mass in her breast for some time now that is not responding to local treatment. All were thankful for the enriching knowledge gained and are eager to share this with others in their villages.