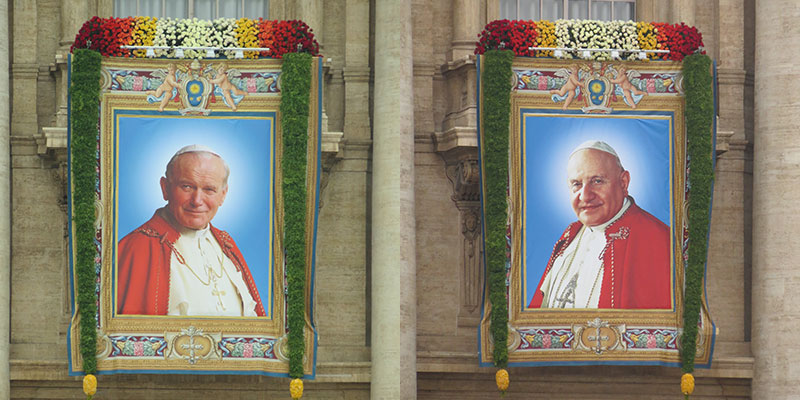 On April 27th, 2014, hundreds of thousands of people around the world attended the canonization ceremony of the “two Pope Saints” John XXIII and John Paul II in St. Peter’s Square. From the previous evening onwards the Square and the surroundings were filled with the faithful.  Polish pilgrims however were one of the largest groups.

There was much excitement and joy in the Casa Madre community as well. Many anticipated being part of the canonization ceremony. Eleven Sisters from Casa Madre dared to join the pilgrims gathered for the canonization keeping vigil the whole night and praying in Via Della Conciliazione. The Sisters went in several groups to St. Peter’s some leaving as early as 4:30 p.m. the day before. Sr. Maria Ursula Lammerding from the Coesfeld Province, Germany was also one among them. There were chants in several different languages; some groups were praying rosaries while others clapping hands and praising God.

The time flew by as the atmosphere was filled with prayer and grace. Bad weather was predicted but it seemed as if the combined efforts of the two Saints kept the half a million people gathered in Rome from the rain during the canonization. St. Peter’s Square was not opened until 5:30 am. It took seven and a half hours for the Sisters who were among the privileged to actually get into the Square.  Others had to stand on Via della Conciliazione. It was indeed a historical moment to attend the Holy Mass under the graceful gaze of two Pope Saints and in the presence of two living Popes.

Pope Emeritus Benedict XVI concelebrated along with Pope Francis. During the homily Pope Francis called St. John XXIII as “the pope of openness to the Holy spirit “and St. John Paul II as “the pope of the family.” For the first time in a canonization ceremony, Pope Francis went around on his pope mobile in St. Peter’s Square and down Via della Conciliazione greeted the pilgrims who participated in this historical event. 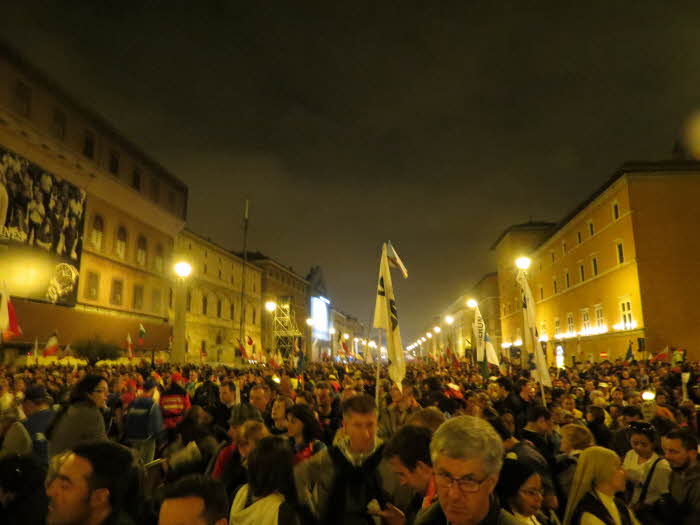 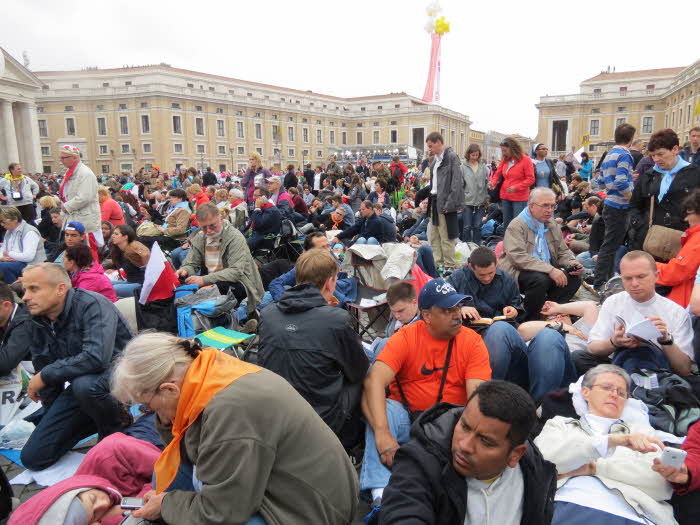 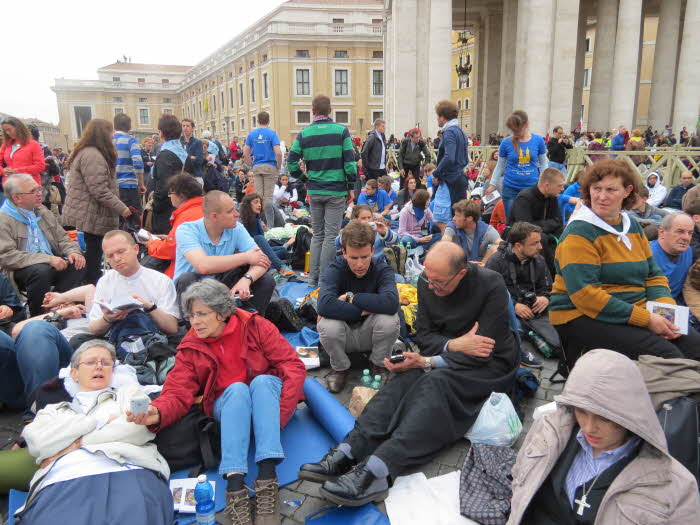 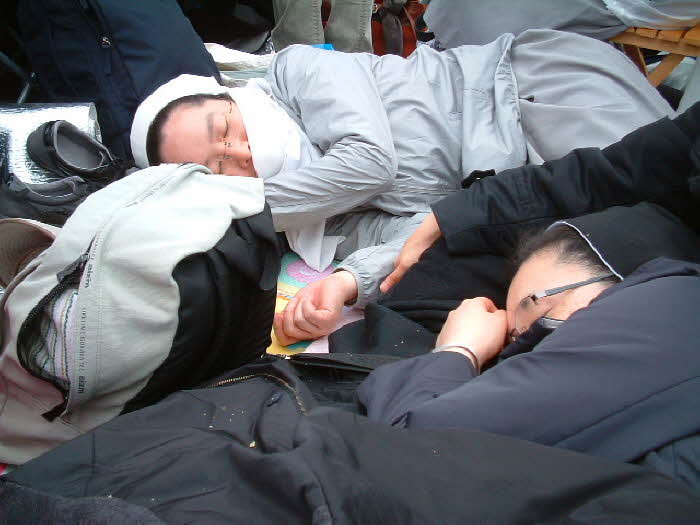 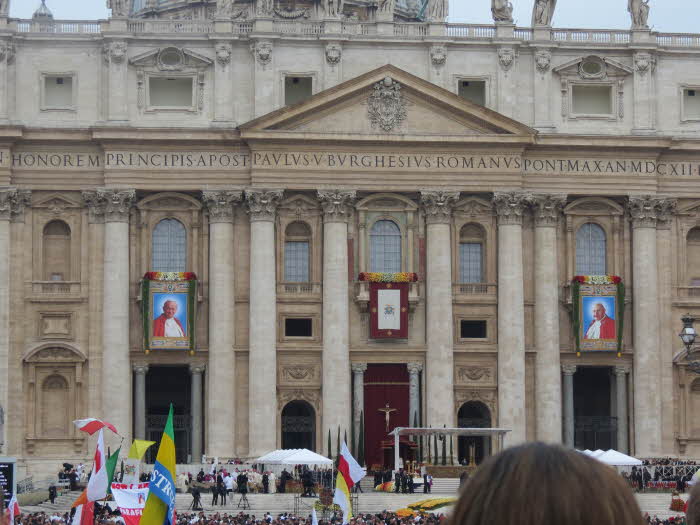 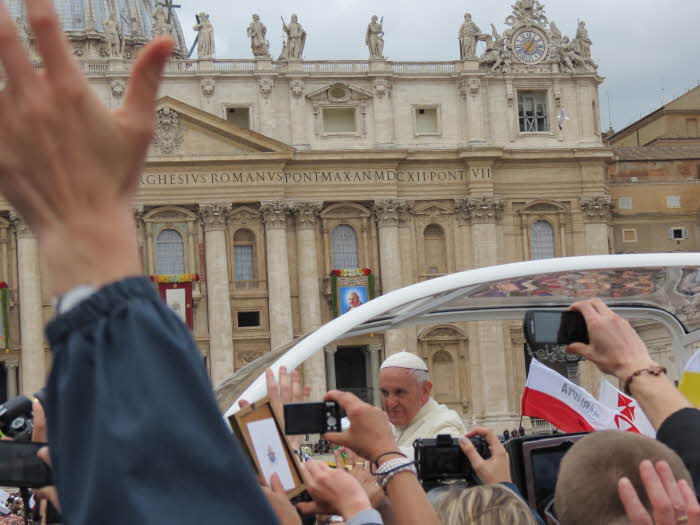 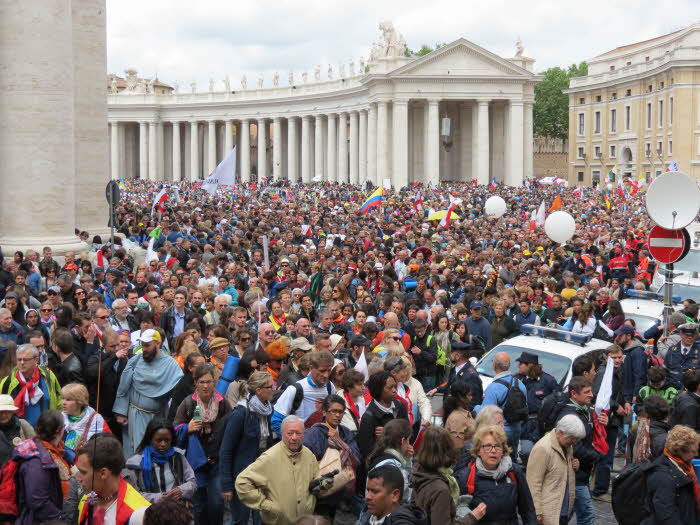