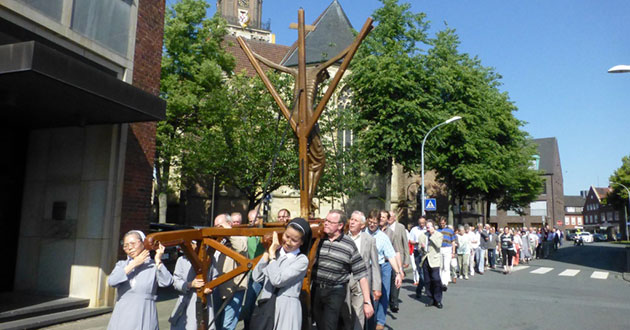 From May 26 to June 16, 2014 eight Sisters from Regina Pacis Province, Incheon, Korea participated in the Congregational Spirituality Renewal Workshop and the Retreat in Gerleve, near the Closter Annenthal, Coesfeld. During the Renewal Program God prepared for us a special experience: Carrying the Coesfeld Cross. It was on Pentecost Monday, June 9, 2014 we participated in the carrying the Coesfeld Cross around the city walls. This was only the second time that women have had the honor of carrying the cross.  The first time was in 2000 when our sisters were invited to carry the cross as part of the closing of the Sesquicentennial Year.  It was a special privilege for us to carry on the tradition of Coesfeld, united with Jesus, Sr. M. Aloysia, Sr. M. Ignatia and our first Coesfeld Sisters. 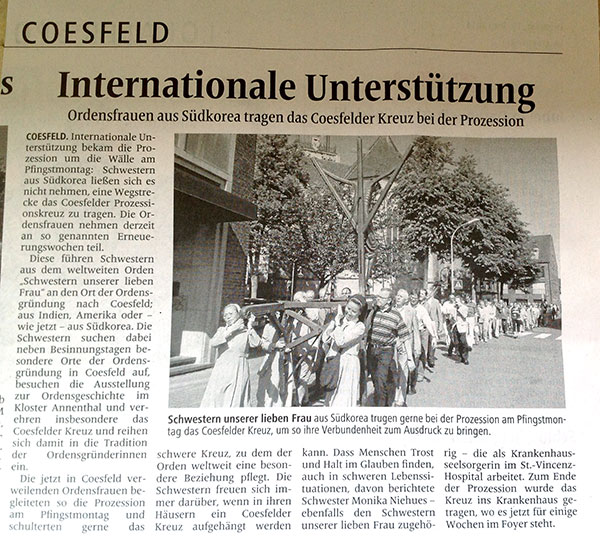 On the following day the newspaper of Coesfeld city published an article under the title “International Support: Sisters from South Korea carried the Coesfeld Cross at the procession.”

The article says ;  “Sisters from the world-wide congregation, the Sisters of Notre Dame in Coesfeld came from India, America, Brazil and now from South Korea to participate in a Renewal Experience. The sisters have come to the special places in Coesfeld related to the founding of the congregation. During the renewal they visit the Congregational Heritage center in Closter Annenthal and venerate the Coesfeld Cross in a special way, with which they join in the tradition of the congregation.

The Sisters who are staying in Coesfeld at the present accompanied the procession on Pentecost Monday and willingly shouldered the heavy Cross, to which the world-wide Congregation has a special relationship. The Sisters are always happy to have a Coesfeld Cross to hang in their houses….” 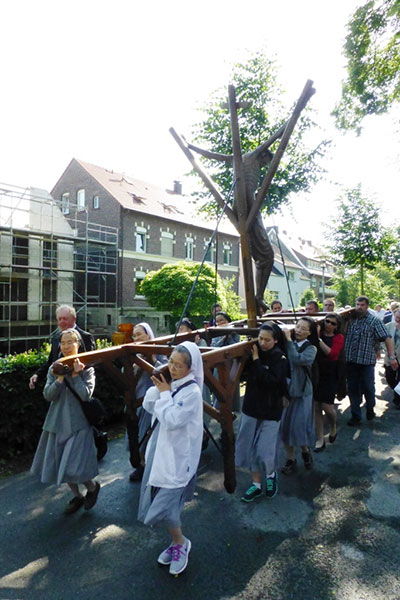 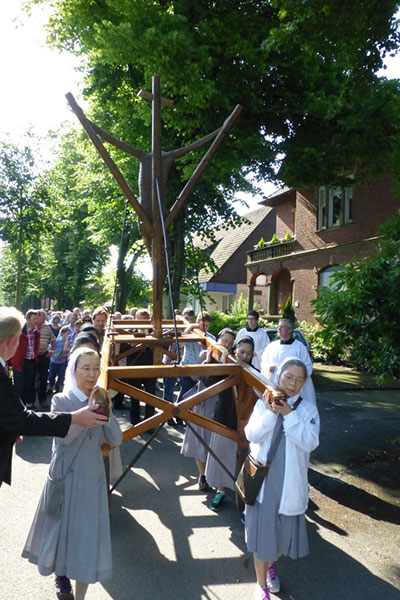 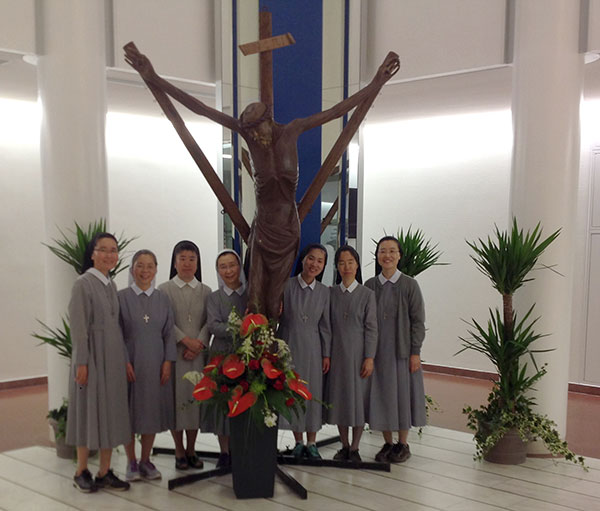 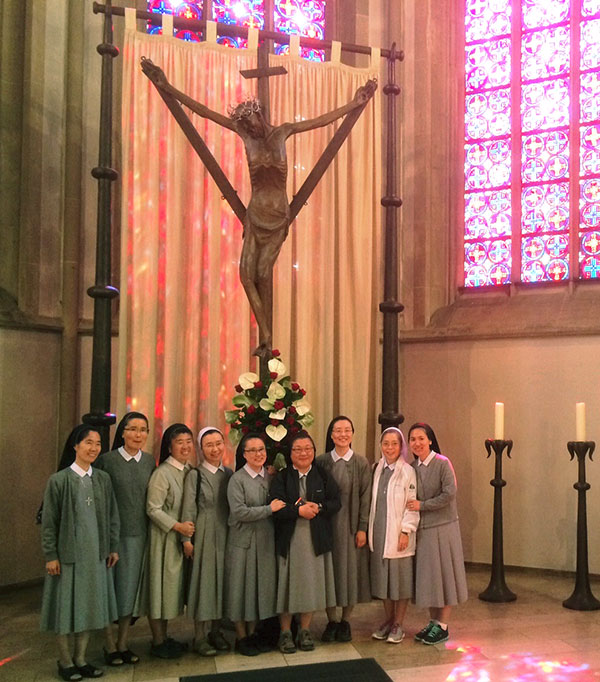