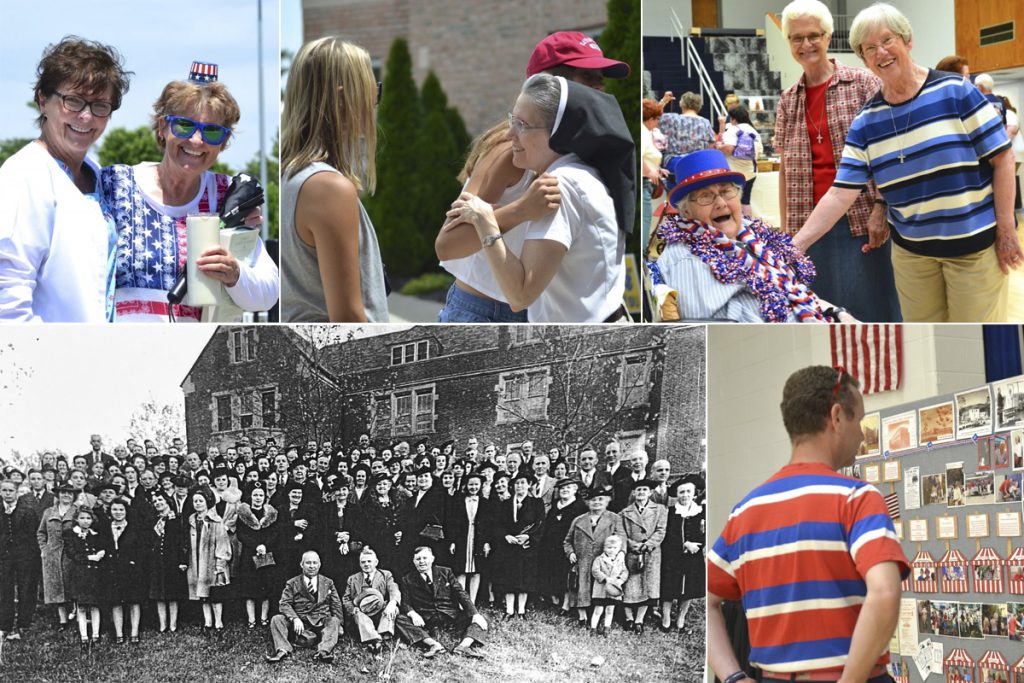 On July 4th, 2022, the Sisters of Notre Dame in the Covington region celebrated their 100th July 4th social. For 100 Years, the sisters, their staff, and associates worked with the members of the St. Joseph Heights Home Association to raise funds for the particular needs of the sisters.

In 1921, Mother Mary Cecilia suggested that a building be constructed that could provide quarters for a needed infirmary, a novitiate, and a boarding school. But how could such a building be paid for?

Mr. John F. Cook, Grand Knight of the Price Hill Council of the Knights of Columbus, was solicited, and he succeeded in interesting others in the sisters’ building project. Mr. Cook and his colleagues organized the St. Joseph Home Association. His sole aim was to form a lay organization to help the Sisters of Notre Dame financially. Mr. Cook knew that the people in the parishes where the sisters taught would be glad to help.

Twice each year, the Association organized activities, primarily the *Kermess in November and the July 4th social, to raise money to support the Sisters. The Kermess ceased in the 1970s, but the Fourth, as it is called, continued. A grand prize was raffled each year. These prizes included automobiles, houses, and cash. The picnic, held on the hillside, was dotted with booths where chances were sold. In the early years, prizes included ham and lard, cigars, needlework, and hand-painted china. In later years, groceries, fruit baskets, and cakes were offered. The Social was enjoyed by families and included games for the children. But it is the many persons who contributed their time and talent that make the social a success each year, as well as the hundreds of people who come to support the sisters.

*Kermess: A German word for ‘festival’ or fair’.