Coesfeld Province Gifts the Provinces with a Coesfeld Cross 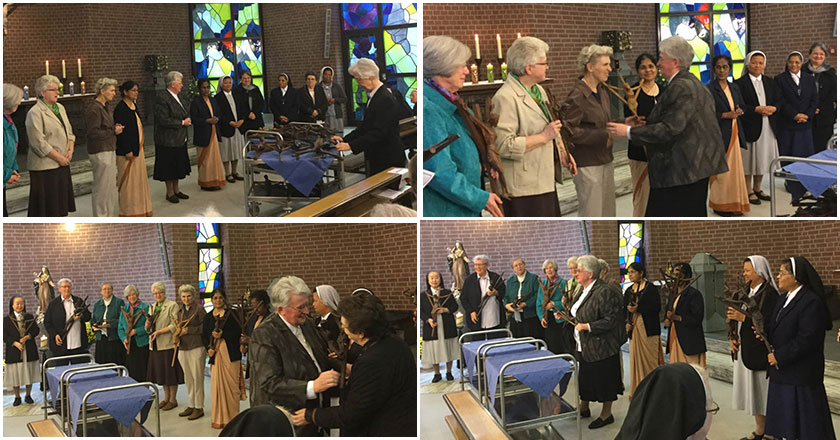 After the installation ceremony on October 22, Sister Maria Anneliese called the provincials and delegation superiors from the different units to the front of the chapel in Kloster Annenthal.  Sister had been collecting Coesfeld crosses ever since learning that the Chapter would be held in Germany.  The crosses were from houses that had closed in the past few years as well as from people in the area.  The Coesfeld cross is no longer being made making the crosses even more valuable.  Each province/delegation and mission unit received a Coesfeld cross. The spirit of our founding sisters continues to travel to the ends of the world as each province takes a Coesfeld cross back to her home unit.