Delegation Maria Virginum in the Netherlands

Sisters of Our Lady 90 years in Helmond

On August 25, 1926, four sisters were welcomed at St. Joseph’s parish in Helmond. The parish priest had asked them to educate the girls in the workers district ‘De Bult’. Helmond was a growing factory town and the number of children grew proportionately.

Around 1970, the sisters worked in three parishes at four primary schools, three kindergartens, a school for intermediate general secondary education, and at a domestic science school. The sisters also worked with youth outside the schools: in an association for factory girls, at a playground in the forests of Bakel, and in after-school care.

The social aspect has always been part of the sisters’ work. In the Second World War, for example, they worked in a soup kitchen cooking for hundreds of children. During the last weeks of the war, the convent offered shelter to families living nearby. 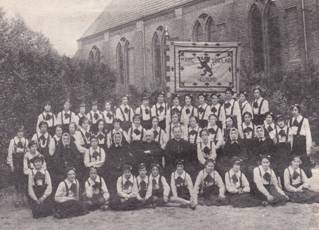 The number of sisters at the convent increased. Besides the sisters who worked in the schools, there were also sisters who made all of the work possible. Around 1970, the community counted 30 sisters!

As this group became smaller over the years, the sisters had to move house. Now only sister Dominique (82 years) and sister Charitas (77 years) remain. “In the Netherlands, there are no more vocations”, sister Charitas says, “but the Congregation is growing in other countries. I find comfort in the thought that it continues.”

Sister Dominique is also satisfied: “What has been done, has been good; and the good that is done, is never lost!” Gratitude is also at the centre of the ninetieth anniversary of the Sisters of Our Lady in Helmond. On August 25, 2016, they celebrated the anniversary in Tegelen along with all the sisters, including three real ‘Hellemonders’. 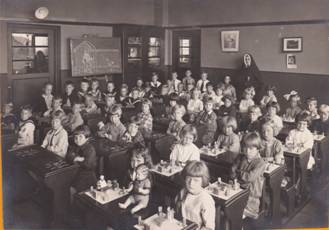 4
SHARES
Share on FacebookShare on Twitter
The Closing Mass of the General Chapter 2016
Sister Maria Electis, the world’s oldest person with a German nationality