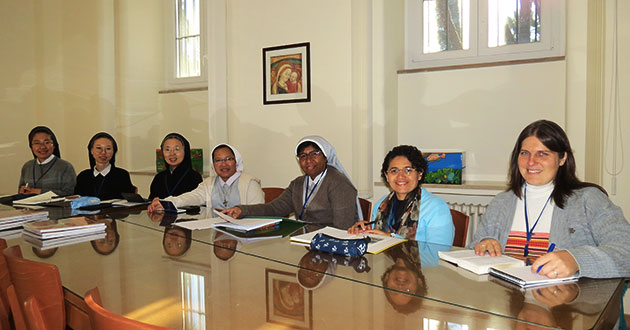 The English Language Program for the second group of student sisters began at the Motherhouse on February 11, 2015. The seven participants in this program are two sisters from Brazil, one from China, two from Indonesia, and two from South Korea. Sister Maria Josefa Cramer, from the Coesfeld Province, Germany who has been an experienced English teacher for the previous group will continue to be their instructor.

Sister Marie Emma, the Assistant General who coordinates the Language Program will assist the students with various activities and lessons. The student sisters already had their orientation program and they enjoyed their first few days discovering what will be their home for the next ten months. Joy and laughter make it obvious that motherhouse sisters and students are enjoying getting to know one another – expressing themselves with few English words and much body language. 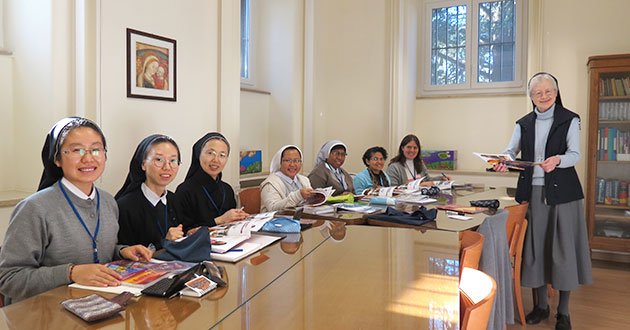