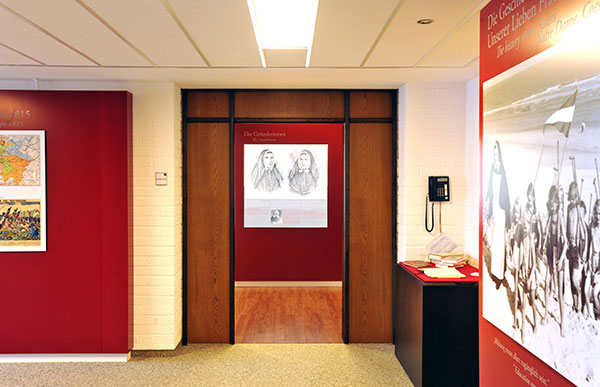 The Heritage Exhibit in Coesfeld

Who were these two women? Both of them had grown up in Westphalia, Germany, and had been formed as teachers in the spiritual and pedagogical tradition of Bernard Overberg when they met in the Lamberti-School in Coesfeld, where they were teaching. Out of love for the poor, Hilligonde Wolbring (Sr. M. Aloysia) took orphaned and neglected children into her home, and together with her friend and colleague, Elisabeth Kühling (Sr. M. Ignatia) educated and cared for them. 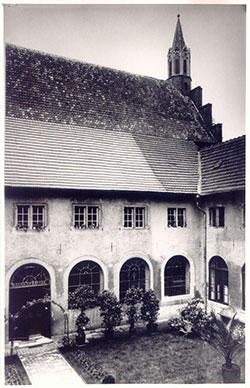 This spontaneous charitable ministry became an organized work when Fr. Theodor Elting, Chaplain at St. Lamberti Parish, invited them to consider religious life. Three sisters of Notre Dame of Amersfoort in the Netherlands came to Coesfeld to introduce them to religious life in the Amersfoort Congregation, which had a similar apostolic aim. On October 1, 1850, when Sister Maria Aloysia was 22 years old and Sister Maria Ignatia 28, they became novices and received the habit of the Sisters of Notre Dame. Both made their profession on October 4, 1852.

In the following years, her journey took Sr. M. Aloysia to Aldekerk and Uedem where she was a teacher and local superior. In 1874, at the age of 46, she was appointed the First Assistant of Mother Maria Chrysostoma and then accompanied her to the USA in the same year, where she spontaneously stayed because another sister was needed. She taught and was the local superior in Cleveland, St. Peter’s and in Delphos, Ohio, where she also ministered to senior citizens.

In 1886, she was transferred to Mount St. Mary’s in Cleveland, where she once again was assigned to care for orphans and attend to the old and sick sisters, in addition to being the local superior. Here she died on May 9, 1889. At that time she was the oldest sister in the congregation, and 124 sisters had already gone home to God before her. 40 years earlier, she and her companion had moved into the house in Süring Street in Coesfeld. By May 1889, 328 Sisters of Notre Dame were ministering to the people of God, proclaiming His goodness and provident care.

Sister Maria Ignatia’s main ministries after her profession were teaching and administration. Already as a novice, she began teaching pedagogy at the “Präparandie” in St. Annatal in Coesfeld, and then already at the election of Sister Maria Anna as the “provisional superior” in 1855, when the Congregation of the Sisters of Notre Dame in Coesfeld became independent of the Sisters of Notre Dame of Amersfoort, she was referred to as the “First Assistant”, a responsibility which she held until her death.

In 1858, at the age of 36 years, she was appointed as novice directress. In her 11 years in this ministry, she prepared 117 novices for their profession. At the same time, she continued to teach pedagogy, French, drawing, handwriting and Italian at the “Präparandie”. She went home to God on November 8, 1869, at the age of 47.

For Sisters of Notre Dame who might like to read more detailed accounts of these two sisters’ lives and the beginnings of the congregation, the history books written by Sister Maria Raphaelita Böckmann and Sister Maria Birgitta Morthorst offer many treasures, as do many other resources that we have available. Check out your convent library. 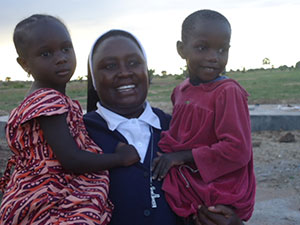 Inspired by these two women and all those sisters in whose footsteps we walk, let us continue to live out our mission to incarnate the love of our good and provident God, because in today’s “restless world which hungers for God, is torn apart by war and neglects the poor and the powerless the gift of our charism is needed even more than in the past.” (Sr. M. Kristin, Letter of Oct. 1, 2013)