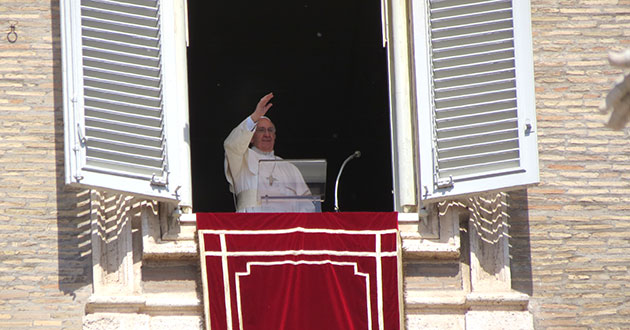 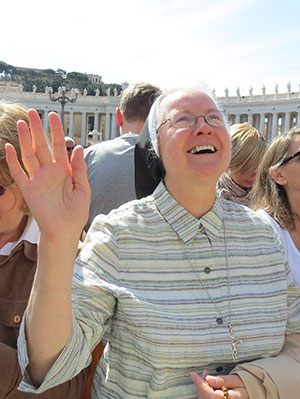 On Sunday April 6, Sr. Mary Margaret Agnes was privileged to be part of the huge crowd gathered in St. Peter’s Square to pray the Angelus with Pope Francis. At the end of the Angelus, Pope Francis offered to all those present in the Square a pocket copy of the Gospels as a gift. He encouraged all to perform some act of charity for others in return. Unfortunately many people were not able to receive a copy. He invited everyone to read scripture often and to welcome the message of the Gospel with an open heart. Sr. Mary Margaret Agnes said that in all her years in Rome she has never witnessed such an enormous crowd for the Angelus. It is all part of what has come to be known as “The Francis Effect.” 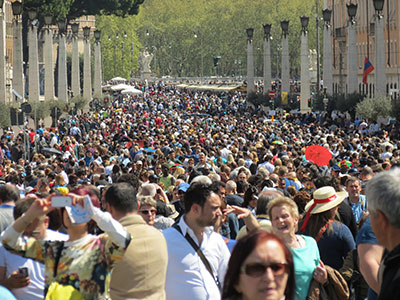 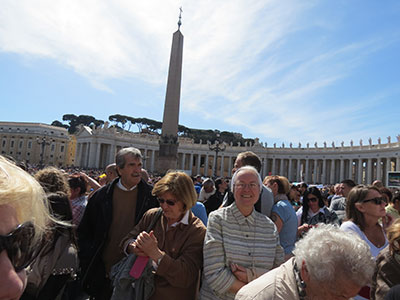