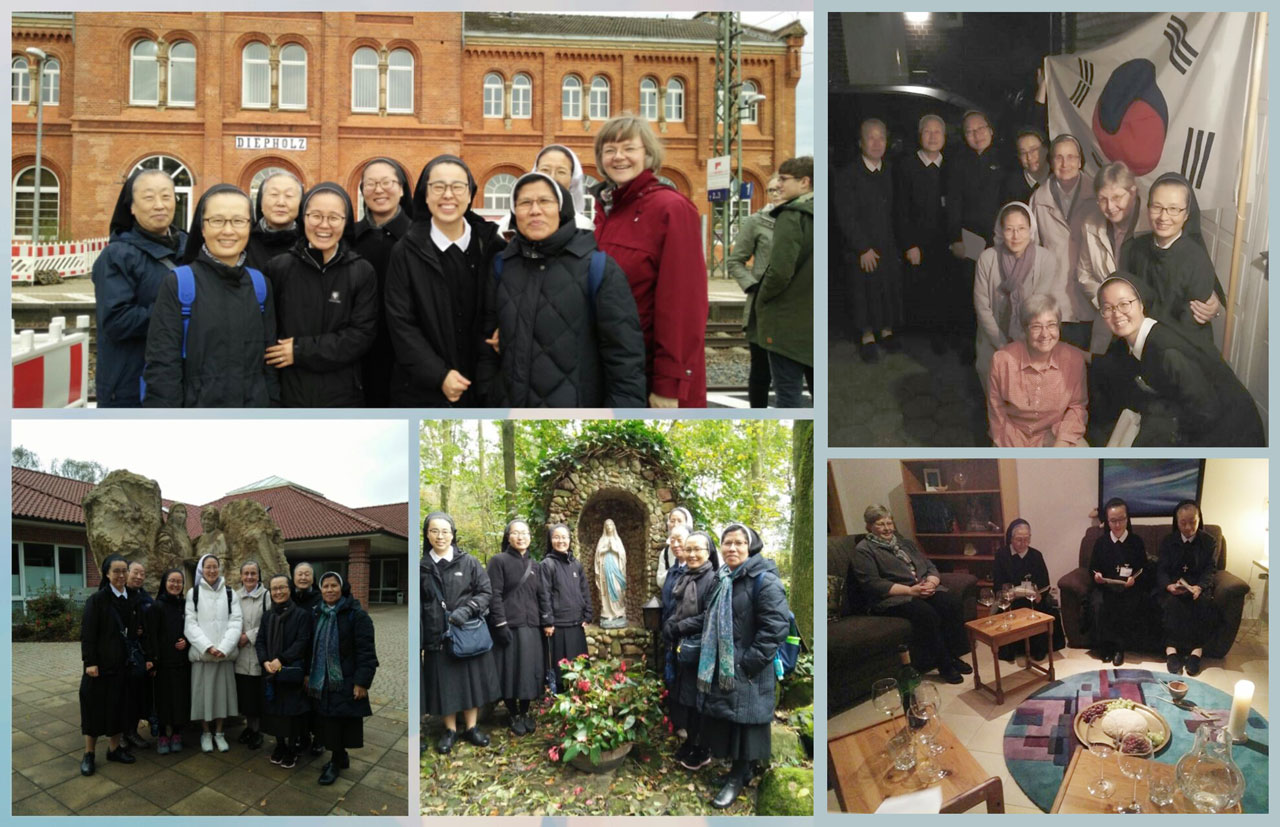 Emmaus House recently welcomed a group of sisters from Korea making the German portion of their congregational pilgrimage. After we greeted them in German, the welcome was translated into Korean by Sister MuYoung.  The eager pilgrims toured Kloster Annenthal, St. Lamberti Church, Süring Street, Münster, Dülmen, Marienburg and the Coesfeld Way of the Cross.  Here at Emmaus House, the sisters shared prayer, bread and wine, a description of each sister’s ministry was, and a tour of the house.  At our farewell, the sisters all sang “Hello, welcome,” led by our Korean sisters in three parts using the Orff method.

Moving from Coesfeld to Vechta, the sisters went to Bremerhaven where our first sisters boarded the ship to America.  In the local museum, each sister received a boarding card with a traveler’s name.  With a swipe of the boarding card in many areas of the ship, the sisters could catch a glimpse of what our first sisters experienced on their three- week voyage to America.

Two days later, the sisters travelled to Mülhausen, where they experienced Kempen, Namur, Aachen, and Tegelen. At the end of the week, some left for Rome while those who had been English students at the motherhouse and a sister who already made a pilgrim in Rome went directly home to Korea.  Since the Korean province was begun by German missionaries, the sisters were genuinely touched by our German sisters.  After celebrating fifty years in Korea and visiting German roots, the sisters commented that the time spent here has deepened their religious vocation.