Laying of Marker at the Site of Mt. St. Mary Orphanage, OH, USA

CELEBRATION OF SISTER MARIA ALOYSIA
LAYING OF MARKER AT THE SITE OF MOUNT ST. MARY ORPHANAGE, CLEVELAND, OHIO, USA
May 6, 2014

On a beautiful summer day in late July, the USA Golden Jubilarians of 2013, including representatives from all four U.S. provinces, spent a day of celebration and friendship. The first part of the day was spent with Sister Mary Elizabeth Wood, archivist, leading our now famous Heritage Tour.

At St. Andrew Benedictine Abbey, the group reflected on the beginnings of our congregation in Cleveland at the spot of one of our earliest foundations, Mount St. Mary Institute, which opened as an orphanage for girls in 1884. On this site, Sister Maria Aloysia Wolbring, our foundress, spent her last years of ministry. She died at the orphanage on May 6, 1889.

One of the group suggested that a marker on this site, sacred to the Sisters of Notre Dame, would be most appropriate. A proposal was written and approved. It is most interesting to note that Sister Margaret Mary Gilmore had suggested back in 2001 that such a marker be laid and that Sister Mary Patricia Gannon had already worked out the wording for a memorial stone. The current administration of the Abbey graciously welcomed this marker. Solon Granite Memorial Works Inc., our headstone company for many years, prepared and installed the memorial stone. 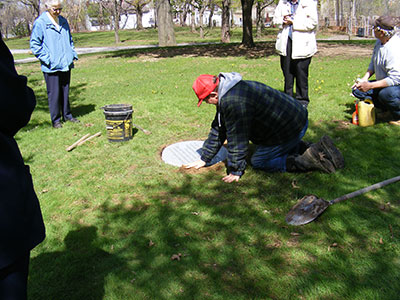 On May 6, 2014, a beautiful spring day, the lovely oval stone marker, flush with the ground for easy maintenance, was placed on the site of the original building, which has been replaced by St. Andrew Svorad Benedictine Abbey of Cleveland. Several Chardon province 2013 jubilarians and other sisters were present for this historic event. Rev. Gary Hoover, OSB, offered a beautiful blessing of the memorial stone.

Sister Maria Aloysia Wolbring and Sister Margaret Mary Gilmore can now rest in the peace of knowing that the great work God had begun in Notre Dame and in Cleveland, Ohio, will continue to be remembered for generations to come.

Benedictine Father Gary Hoover, OSB Administrator, wrote when he responded to our request to place a stone marker on the grounds of the Abbey:

“It is with great joy that I send this letter to you. I have proposed your intention to our Leadership Committee members and your proposal of a plaque has been overwhelmingly approved. The good works performed by your sisters in the past years will be kept alive on our hallowed grounds. May you be blessed for your commitment and continued service for the Lord.” 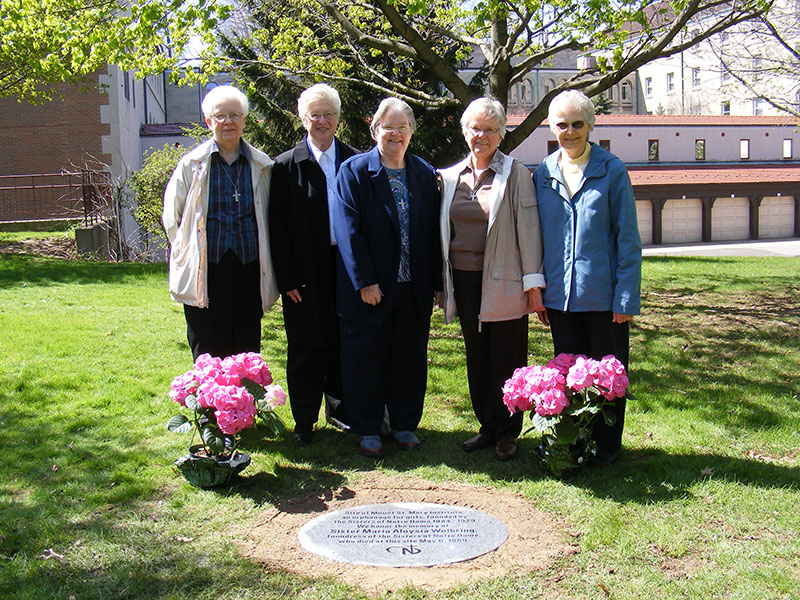 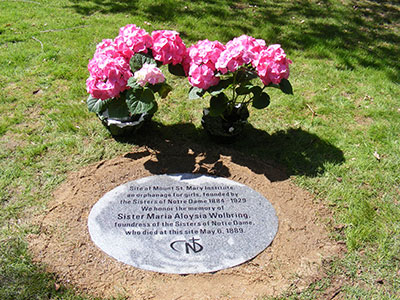 New marker in remembrance of Sister Maria Aloysia Wolbring at the site of Mount St. Mary Institute in Cleveland, Ohio 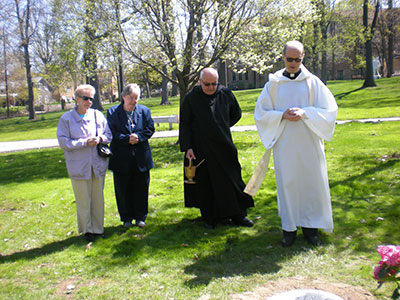 1
SHARES
Share on FacebookShare on Twitter
Vespers in Memory of our Foundress in Kloster Marienhain
Spiritual Renewal Program, Brazil