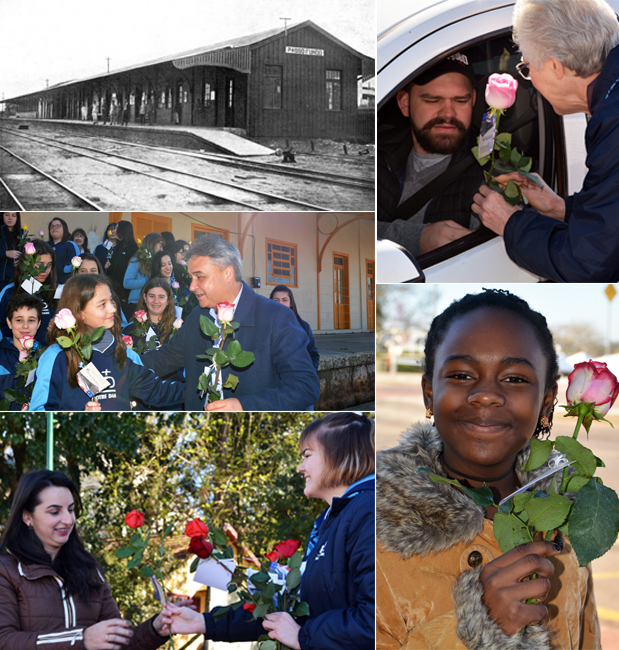 In 1923, on the railway tracks that interconnected the Brazilian states, 10 German Sisters reached Passo Fundo to start a new mission: to educate and evangelize in the interior of the State of Rio Grande do Sul.

The invitation came from Father Jacob Höffer who described the need for having Sisters in the Education field:“The population is constituted of former Portuguese immigrants and from the most recent German and Italian immigrants. There are only a few schools and they are quite primitive. Because of the great distances, the unbearable heat, the terrible and often impassable roads in times of rain, attendance of classes is very irregular and children lose interest.”

Responding to the invitation, the Sisters arrived in Passo Fundo on June 7, 1923, being welcomed by local residents with a bouquet of roses. With a deep missionary spirit, they began the educational and evangelizing ministry that, today in 2018, celebrates its 95th Anniversary.

To commemorate this special date, on August 7, 2018, students from the Notre Dame Schools in Passo Fundo offered 95 red roses to people walking or driving by the old train station where the 10 missionary sisters had arrived 95 years before. At the same time, the Notre Dame Schools paid tribute to the Passo Fundo Municipality for the 161º Anniversary of the city, distributing 161 white roses.

Repeating the symbolic gesture of the roses presented to the pioneers on their arrival, the Notre Dame Schools expressed their gratitude to the Passo Fundo citizens who for almost a century have entrusted their children to Notre Dame Education – an education that includes ethical, human and intellectual formation.