Prayer Vigil at St. Peter’s for Peace in Syria 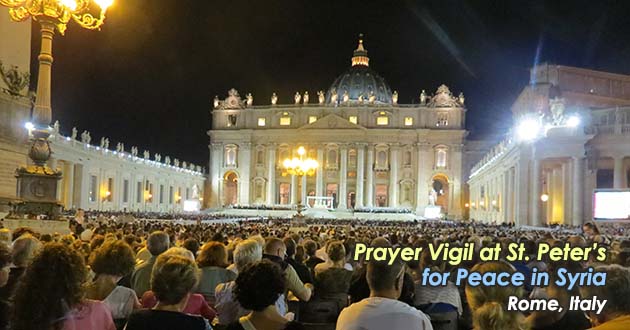 In response to the Holy Father, Pope Francis’ request for a day fasting and prayer for peace in Syria, some of the Sisters from the Motherhouse also were part of the hundred thousand people gathered in St. Peter’s Square in the evening September 7, 2013. The prayer was scheduled from 7:00 pm to 11:00 pm. It was amazing to see how various groups and denominations of people of all ages responded generously to Pope’s invitation to participate in the prayer vigil.

At the beginning of the prayer there was an enthronement of the image of Mother Mary “Salus Populi Romani” carried to the altar by four Swiss Guards while the whole Congregation sang “Ave , Ave, Ave Maria” asking the Queen of Peace to intercede for her children. Pope Francis initiated the prayer by praying the rosary and after the rosary he gave us an inspiring message. In his homily the Pope remarked “God’s world is a world where everyone feels responsible for the other, for the good of the other.” He urged the people saying, “Let us pray for reconciliation and peace; let us work for reconciliation and peace; and let us all become, in every place men and women of reconciliation and peace.” After his homily there was exposition of the Blessed Sacrament and adoration prepared creatively and meaningfully. At the conclusion of the prayer-service Pope Francis imparted his Eucharistic blessing to those present at the vigil. Though the piazza was crowded with people, an atmosphere of prayer and silence prevailed over all. 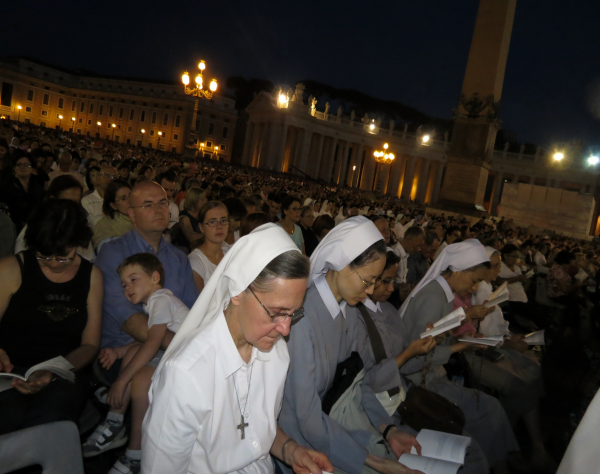 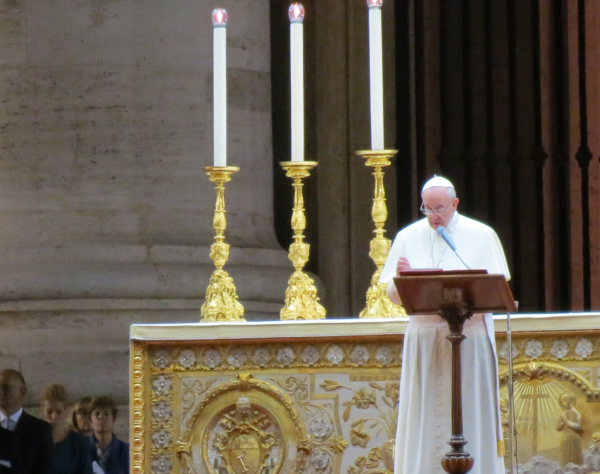