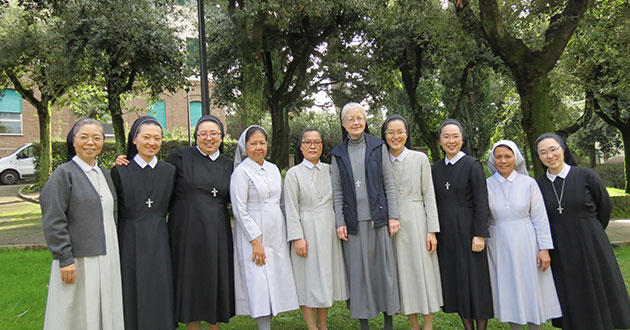 The eight sisters who have been studying English at the Motherhouse concluded their program on December 5, 2014. Sister Maria Josefa, their teacher and Sister Marie Emma, the coordinator of the program, were present to give the students a certificate marking the completion of the 10 month program.

Sister Mary Kristin gave each sister the certificate that stated: “Sister demonstrated excellence, industriousness, perseverance and faithfulness during the course as well as contributed to the international community at the Motherhouse resulting in knowledge and competency in the English language.”

Prior to the formal commencement the students presented a graduation program with skits and songs that recalled their time in the Motherhouse. Each sister gave a short and impressive talk in English in which she shared what this experience has meant to her. The evening marked the end of the first language program which is hopefully to be one of many to come. 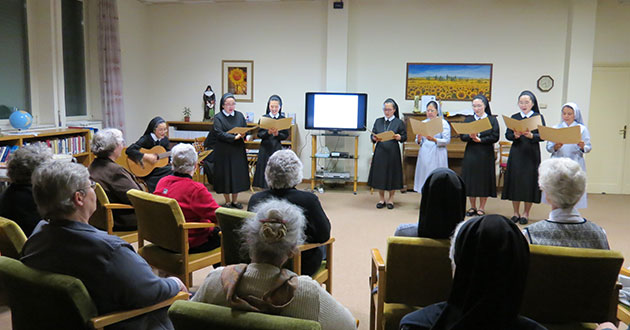 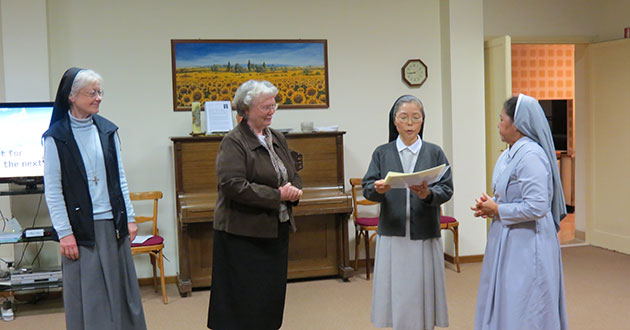 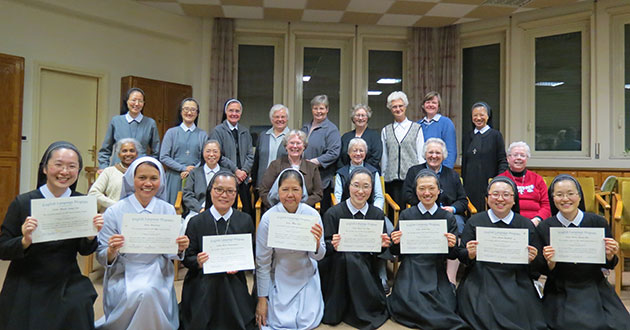