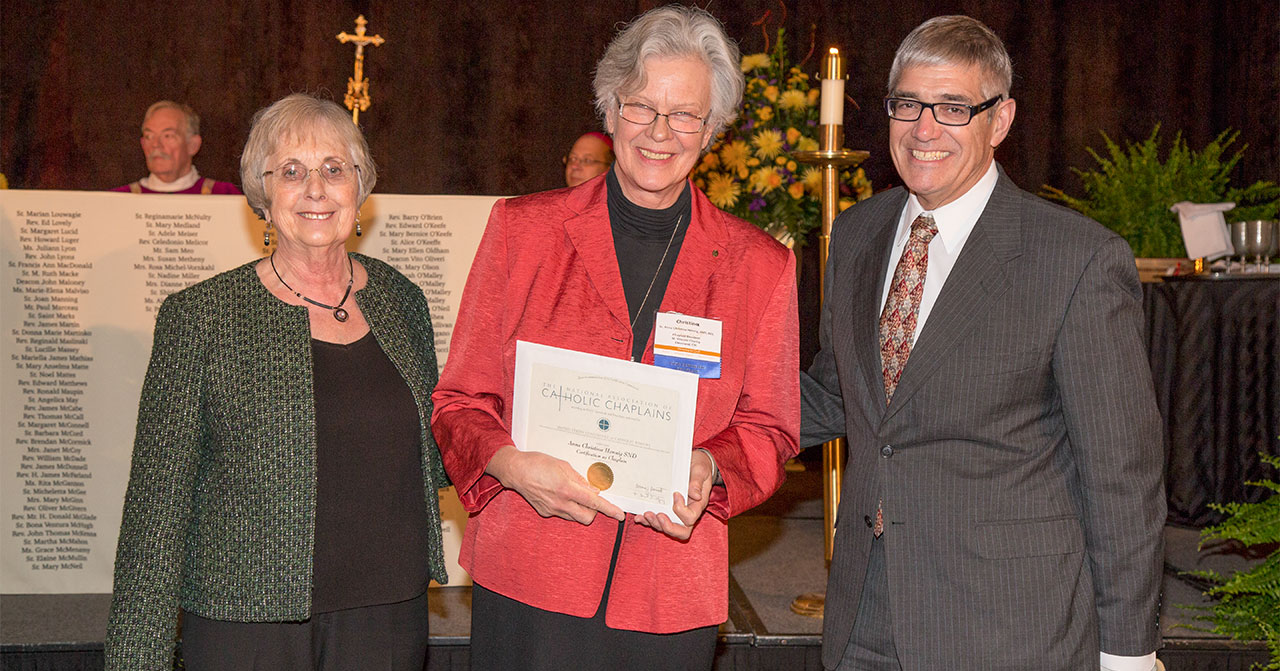 I was happy to receive this certificate and I was happy to be a Sister of Notre Dame. I am thankful my community has made it possible for me to serve, in a qualified way, those who need God’s healing. Chaplains are members of the care team. The doctors, nurses, and I work for the healing of the patients. Because we sometimes cannot provide a cure, we seek to provide the healing only God can give.

I work with people who live in an environment with very little hope. As chaplain, I am able to give them the light of Jesus and let them know that even in all the distress and poverty, they are loved by God. They are depending on the people who come to serve them. It’s more than just being a kind visitor. It is to lead them to peace and healing.”

Sister Maria Christina received a Master of Arts in Religious and Pastoral Studies from the College of Mount Saint Joseph in 2013. Supplemental to her degree program and the chaplaincy certification process, Sister Maria Christina completed a chaplain residency at Cincinnati Children’s Hospital Medical Center from August 2012 to August 2013. She also served as chaplain from January to July 2014 at St. Elizabeth Medical Center in Edgewood, KY and began her current chaplaincy placement in September 2014 at St. Vincent Charity Medical Center in Cleveland, OH.

Sister Maria Christina, originally from the Coesfeld (Germany) Province of the Sisters of Notre Dame, came to the Covington Province in 2009.

10
SHARES
Share on FacebookShare on Twitter
Living in Christ according to the form of life of the gospel
Golden Bells Ring Out At Sheikhpura, India