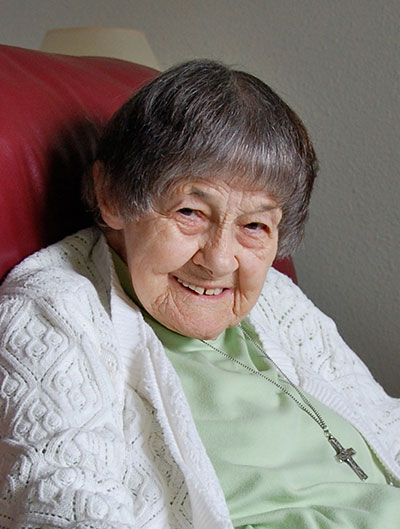 Sister Mary Josanne Furey relied on what she calls the “creative muse” to help her come up with original math problems for the American Mathematics Competition (AMC) every year since 1985.

The AMC is a series of challenging math tests for students in grades six through 12, put on by the Mathematical Association of America (MAA). Each year over 350,000 students in roughly 6,000 schools participate in the contests, according to the MAA website. The top-scoring students make it all the way to the United States of America Mathematical Olympiad. From there, students are invited to participate in international competitions.

Sister Mary Josanne began teaching at La Reina High School in Thousand Oaks in 1966 and served as principal there from 1970 to 1983. While there, she started her own mathematics competition for 7th and 8th graders. Then in 1984, she transferred to Saint Bonaventure High School in Ventura and installed the competition there as well. While she was teaching there, the AMC approached her to help them create their first test for 7th and 8th graders, which was given in 1985.

She joined a team of 15 mathematicians who gathered once a year to put together the 25-question, timed tests. The tests are purely for extra-curricular competition, not letter-grades, and the students learn during the year is fair game for the test.

“The problems weren’t simple,” Sister Mary Josanne said, “I had to create the circumstances to make them difficult.”

Sister Mary Josanne is 89 years old, and celebrated her 65th Jubilee last summer. Her last task for the AMC was to review the questions that will be used on the test in November of this year.

“When you’re out of the field for so long, the creative muse doesn’t help you,” she said. “But it’s been a wonderful experience.”