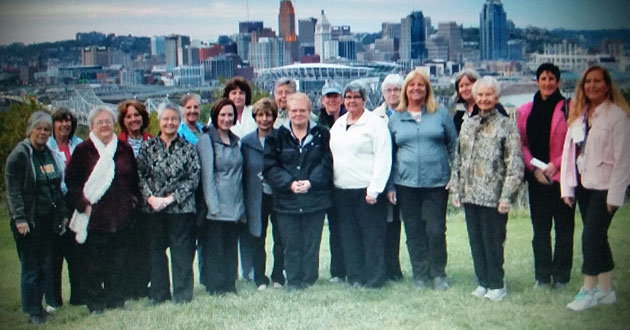 On the weekend of October 10-13, 2014, twenty-one Associates and Sisters of Notre Dame from each of the four U.S. provinces gathered at the Covington Provincial Center. The goal: to further their planning and sharing regarding how they move forward as one.

The group began with a beautiful reflection on SND spirituality before recalling, in picture and word, the many places and ways that the Sisters and 436 USA Associates live out the SND charism of God’s goodness and provident love.

With this backdrop and the input from questionnaires that Associates returned prior to the weekend, the group was prepared for meaningful discussion.  Associates described what the Associate relationship looks like in their particular province, so all could understand where there are similarities and differences. From there, the assembly brainstormed what the Associate relationship might look like when the provinces become one.

The Sisters and Associates then reviewed goals that were set for 2013-2014 and moved into setting goals for the coming year.  After much prayer, discussion, listening, questioning, and clarifying, they chose the following goals for 2014-2015.

“Realizing the united strength of over 400 SND-USA Associates, we agree to unite in prayer and fasting on the 1st day of each month for a common intention.  Initially, the intention will center on the Ebola epidemic and the worldwide threat of ISIS.

We also agree to initiate Leadership development for Associates by developinga profile of what it means to be a responsible member and include this topic in the Associate initial and ongoing formation.

Finally, we will develop a profile of what spiritual leadership is and include this in ongoing formation.”

The weekend was busy, but also very faith-filled.  The Sisters and Associates in attendance agreed that it was wonderful to meet their counterparts from the other provinces, and to share their mutuality, the SND charism, and their love for Jesus’ gospel message.  They left the weekend promising to hold each other in prayer as the Sisters of Notre Dame move forward together into the future. 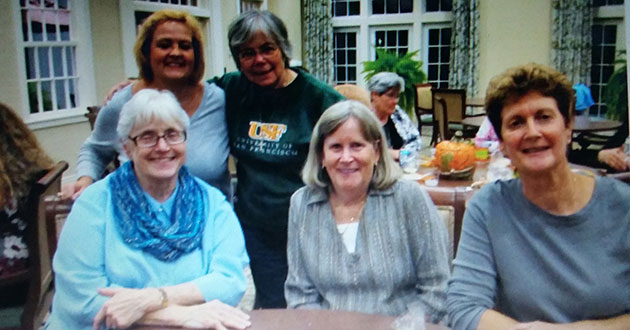 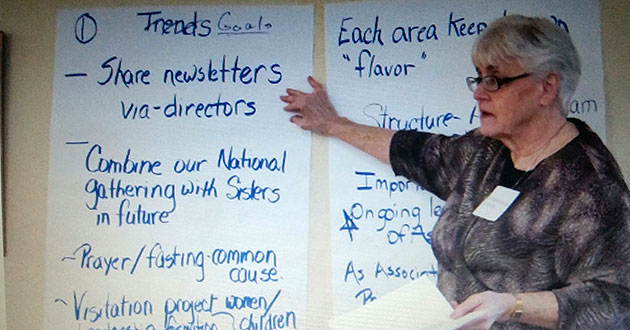