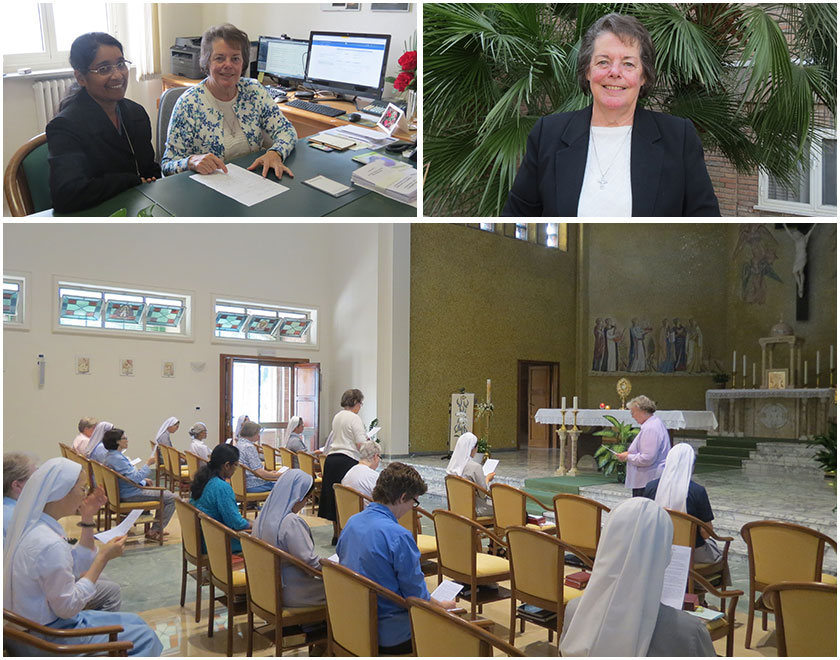 On Monday, May 29, the Motherhouse community celebrated the gift Sister Gina Marie Blunck has been to our community here as well as to the Congregation.

Sister arrived in Rome from the Thousand Oaks province, California, fifteen years ago, serving as director for Villa Maria Regina for three years and Treasurer General for twelve. During her tenure, Sister oversaw many changes in the Motherhouse and its property and exercised wise stewardship of the Congregation’s resources.

On May 31, Sister Gina Marie returned to California where she will be Executive Director of the Conrad N. Hilton Fund for Sisters. She will be greatly missed!

88
SHARES
Share on FacebookShare on Twitter
Seek Out God’s People On The Margins, Thousand Oaks, USA
Double Celebration at the Motherhouse, Rome, Italy