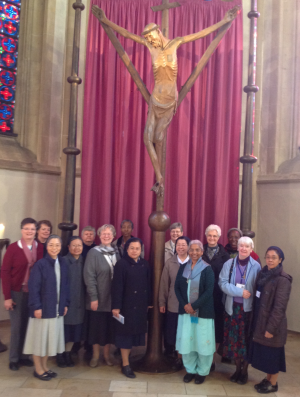 The group in front of the Coesfeld Cross

The group gathered on March 9 for an evening social to reunite before the formal meetings began on March 10. The Tri-Congregational Meeting is held every two years during which one of the three congregations is host. This year we were the host congregation. Normally we would have met at the Generalate in Rome. This year, however, since both the SND de Namur and SND of Coesfeld have a new heritage center, we decided to meet in Coesfeld making pilgrimages to each other’s place of founding. Making the pilgrimage were five sisters from Namur, four from Amersfoort and the six of us from Coesfeld.

On March 11 we boarded a small mini-bus for Amersfoort visiting with the Sisters from the Amersfoort Motherhouse and viewing their heritage center.

On March 12 the group attended the parish Mass at St. Lamberti Parish and had time to pray before the Coesfeld Cross. In the afternoon we shared our new heritage center in Kloster Annenthal.

On March 13 we once more boarded the mini-bus for a trip to Namur where we were greeted by the sisters living at the Namur Motherhouse and enjoyed a tour of their Heritage Center. Making the pilgrimage together into our founding stories was an enriching experience for all of us and deeply appreciated. 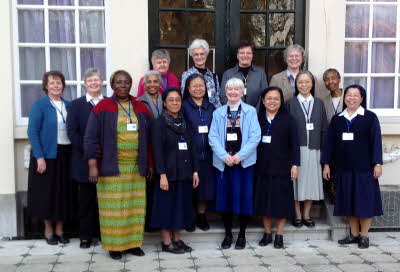 The group in front of the original provincial center in Amersfoort 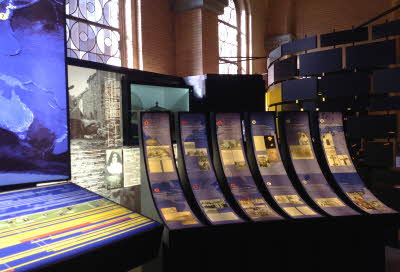 A panel in the Namur Heritage Center 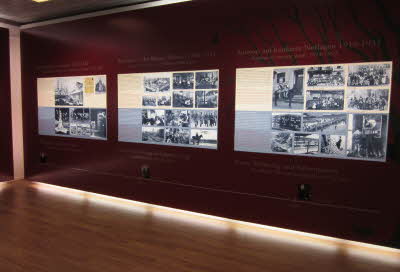 One of the panels from the Coesfeld Heritage Center 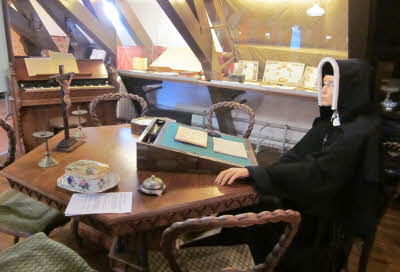