For the Restoration of the Human Rights of the Poor, Incheon, South Korea

Sisters in Regina Pacis Province constantly take part in a campaign for the restoration of human rights to 2600 workers who were unjustly laid off from a large enterprise in 2009. We also support the campaign against establishing a nuclear power station in MilYang. We are trying to be in solidarity with those in need by participating in the movements on the level of the Association of Superiors of Korean Religious to retrieve just rights for the workers and powerless farmers. These movements can also be JPIC issues for us.

Of the fired workers, 22 have died amidst struggles for their reinstatements so far. In order to promote the issue, priests and religious collected signatures nation-wide and currently gather every day at the centre of Seoul, the capital of South Korea, for a Mass on the street. We sisters, although small in number, are attending the Masses which have been taking place for a long period of time, sometimes by leading hymns or at least with our heart. We all pray that God’s true justice may become a reality again for these poor citizens and they may get their rights back soon. 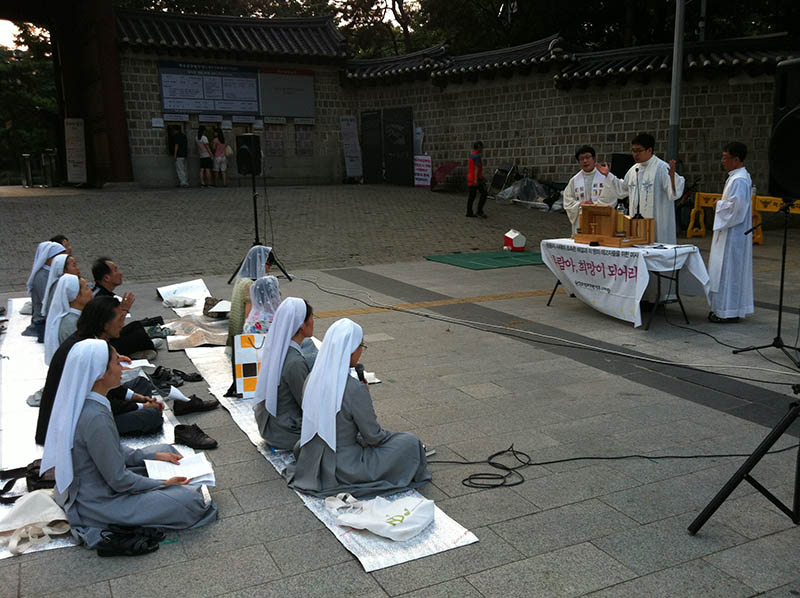