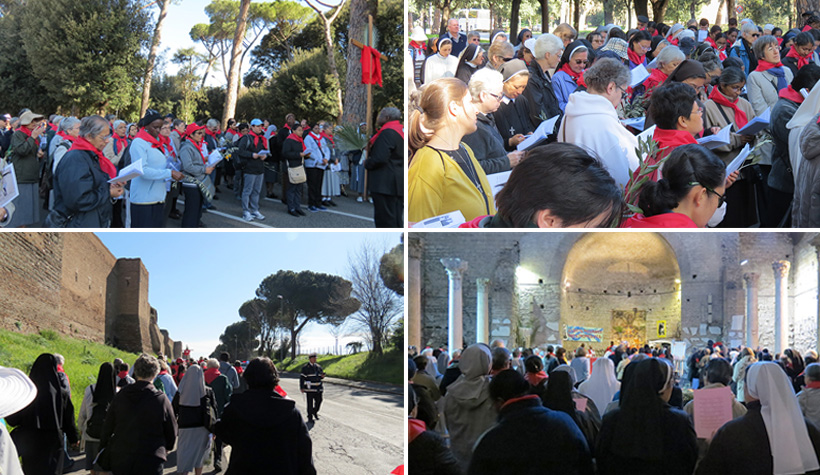 Eleven members of the Motherhouse community began Holy Week by participating in a street pilgrimage social justice Way of the Cross, sponsored by several religious groups found in Rome and coordinated by the JPIC Commission on March 29, 2015.  The locations for the stations themselves and the prayers that accompanied the stations were in the spirit of the Pact of the Catacombs.  As Vatican Council II drew to a close in 1965, forty bishops met at night, November 16th in the Domitilla Catacombs outside Rome.  In that holy place they celebrated the Eucharist and signed a document that expressed their personal commitment as bishops to the ideals of the Council under the suggestive title of the Pact of the Catacombs.  It is known that the bishops were led by Archbishop Helder Camara of Recife, Brazil, one of the widely respected 20th -century champions of justice and peace.

Here is the first of their commitments:  “We will try to live according to the ordinary manner of our people in all that concerns housing, food, means of transport, and related matters.”

The special Way of the Cross ended at the Domitilla Catacombs and the participants celebrated the Eucharist. 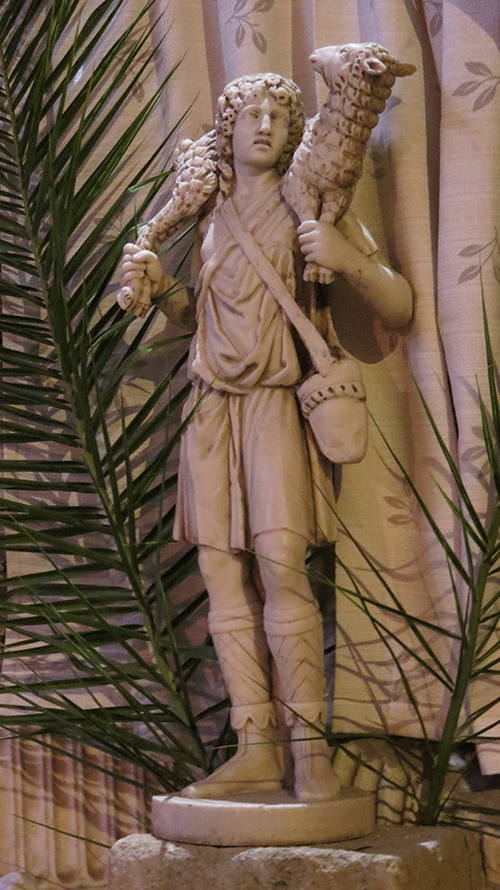