Celebrate! And Move On 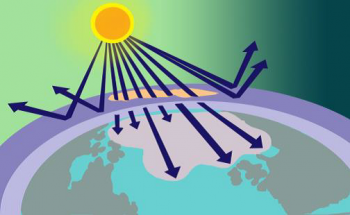 Do you want to hear about a real success at the UN? The UN Montreal Protocol, the landmark 1989 environmental treaty designed to close the hole in the ozone layer by banning chlorofluorocarbons (CFCs)…is actually working! CFC chemicals used as coolants for refrigerators and air conditioning caused serious depletion of a layer of ozone gas high in the atmosphere; which protects living things from much of the high-energy ultraviolet radiation that causes cell damage like skin cancer. As the chemicals were replaced by less harmful chemicals (HFCs), the hole in the ozone layer actually did get smaller.

Now we are afraid that changes of leadership in some countries may make them back out of the Paris    commitments (e.g. the new president of the Philippines and the USA candidate Donald Trump have both said they would not honor the Paris agreement, and Brazil is uncertain). Most countries support some form of a “deal” to phase out HFCs, but some of the developing economies, led by India, are pushing for a slow timeline.

The meeting in Vienna did not manage to reach an agreement on wording for the amendment, but the UN is hoping for something to come out of the 28th Meeting of Parties to the Montreal Protocol in October in Kigali, Rwanda.

13
SHARES
Share on FacebookShare on Twitter
Our Cry is for Life, Canoas, Brazil
Covington SNDs March for Immigration Reform