Following the African Conference from December 14 to 20, I had the opportunity to visit our sisters in Uganda and spent Christmas in Buseesa.  It has been a blessing to see the growth in our missions in East Africa, in particular in Buseesa, where we now have a primary school and senior secondary school.  The students were at home for the holidays so it was only five Ugandan sisters, three missionaries, and myself who were together for Christmas.

We celebrated the Christmas Vigil Mass with the Christians in the parish and on Christmas Day we set out two-by-two to three of the 26 outstations – the small Christian communities miles apart served by only two priest.  Obviously it is impossible to have Mass or even a Communion Service in all of the outstations but on this day the following communities did have a Communion Service led by one of our Ugandan sisters; Nyamarwa where Sisters Annette and Therese Marie went, Rusandara where Sister Teopista and I went, and Bubamba where Sisters Olive and Bernarde went. 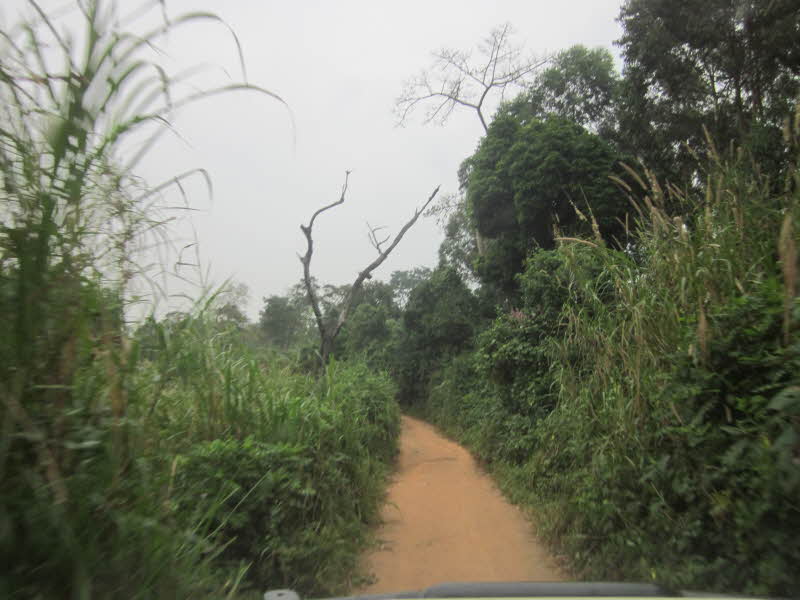 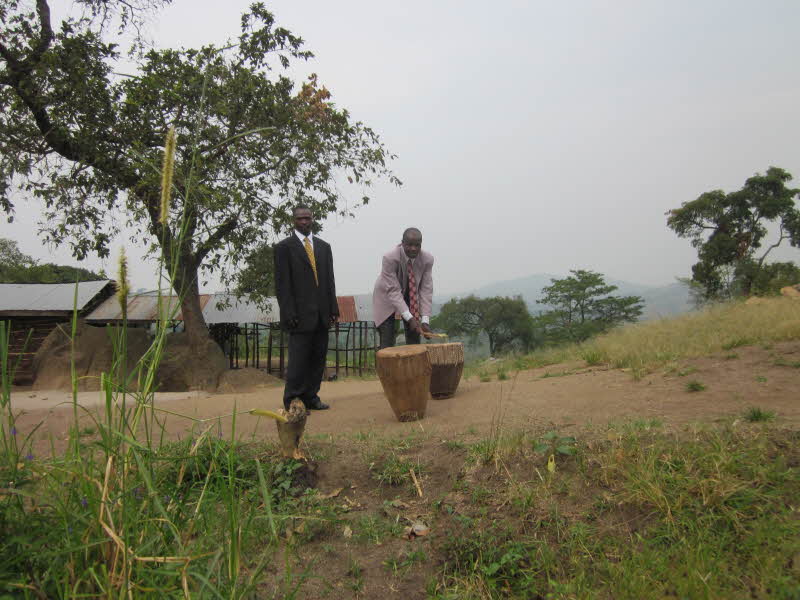 We drove from our house at 9:30 a.m. through the bush and dropped off each pair of sisters at their respective outstation carrying the Blessed Sacrament with us and didn’t return until 3:30 p.m.

When arriving at Rusandara, Sister Teopista and I were greeted by the Catechist while two other men took drums to the hillside to call the Christians to Church.  The children were the first to arrive followed by their mothers and fathers, most traveling by foot and some on bikes.  Sister Teopista, a first year temporary professed sister, led the service, read the Gospel and gave the reflection all in Runyuro, the tribal language from that area.

The singing and dancing was extraordinary especially after Communion.  The joy of sharing Eucharist was registered on everyone’s face and expressed in the singing and dancing.  Praying with the Christians in the small shed-like hut on that day was a Bethlehem experience I will not readily forget. 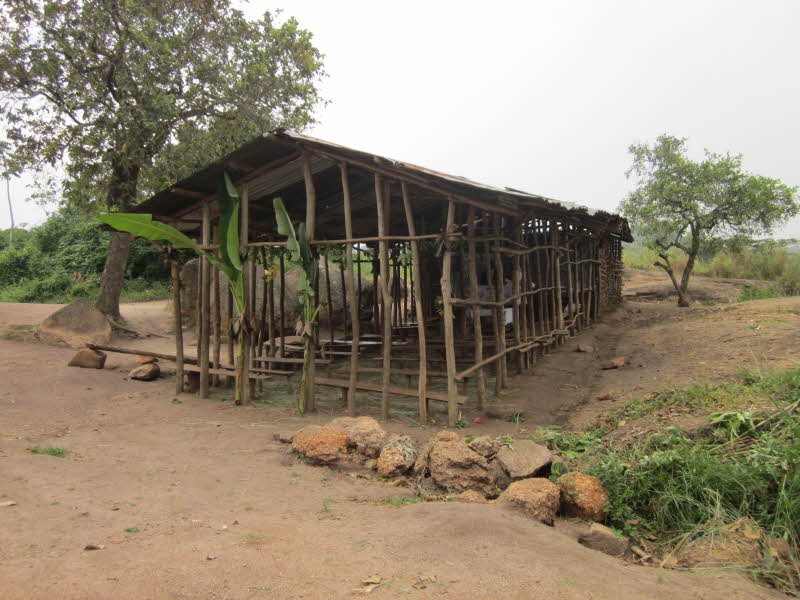 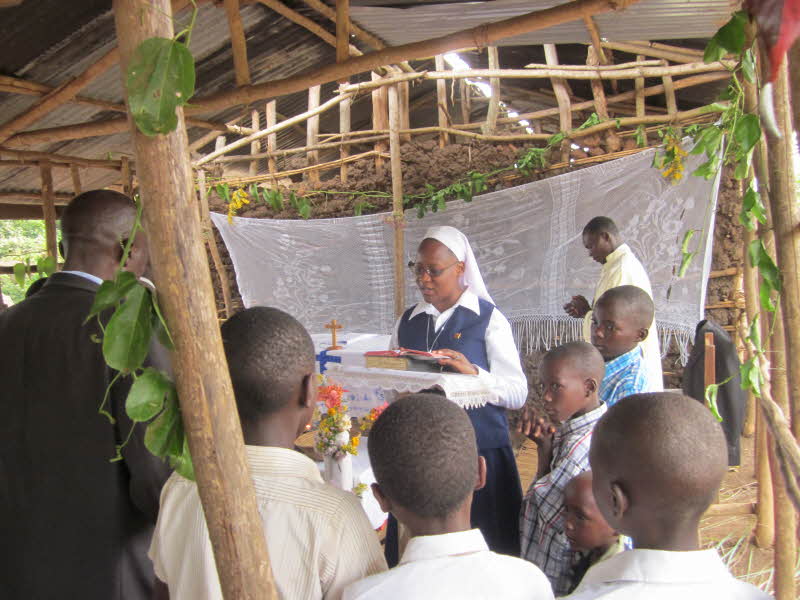 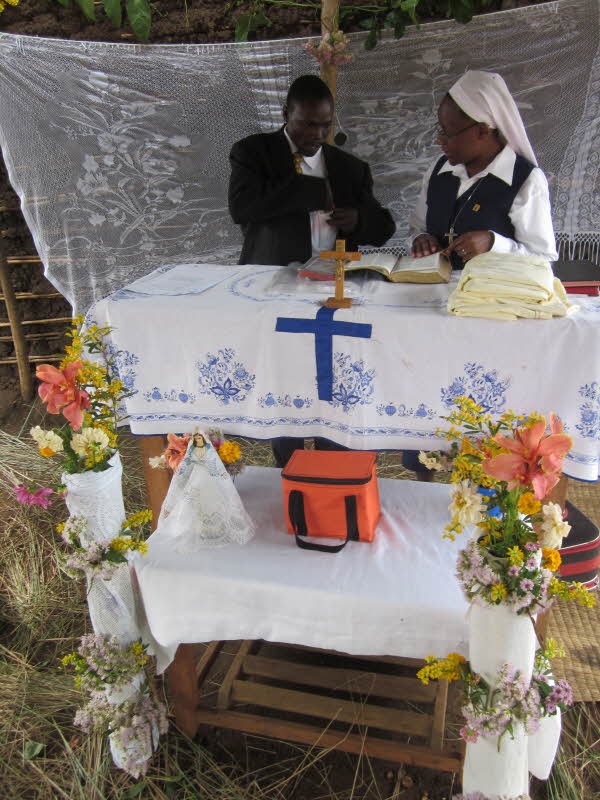 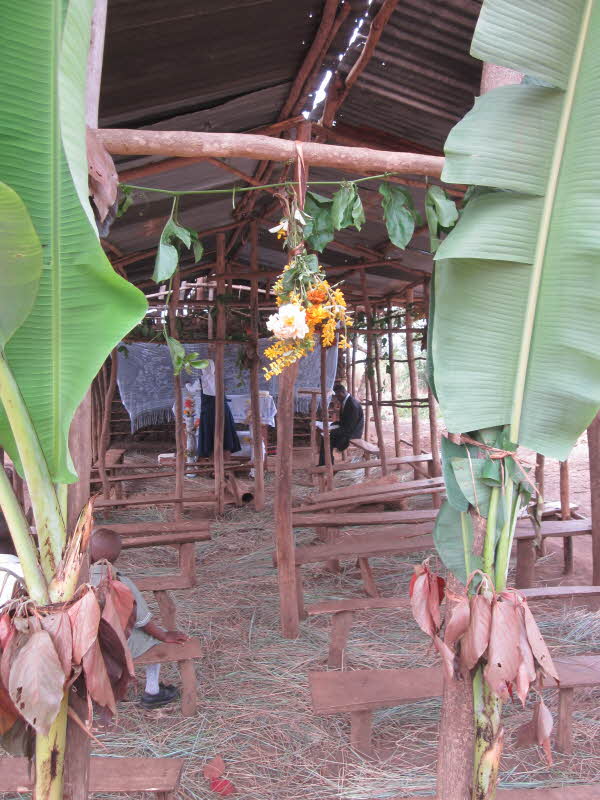 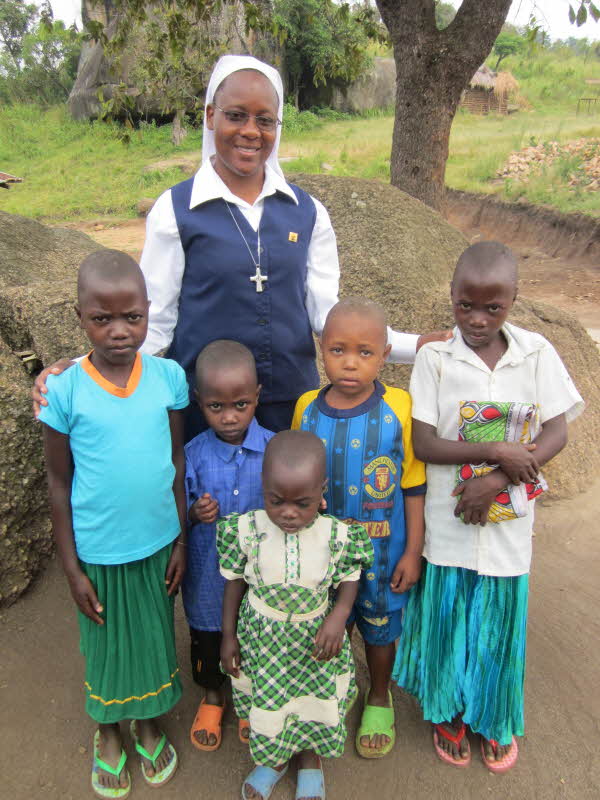 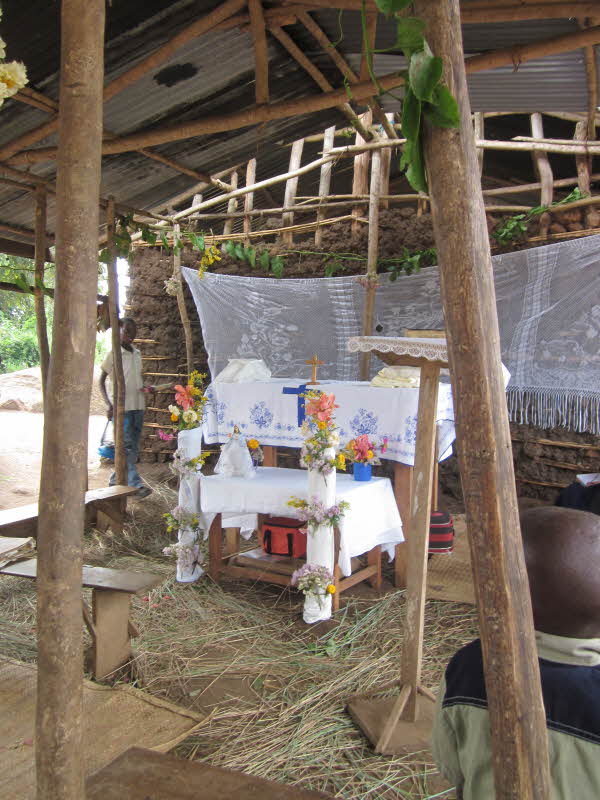 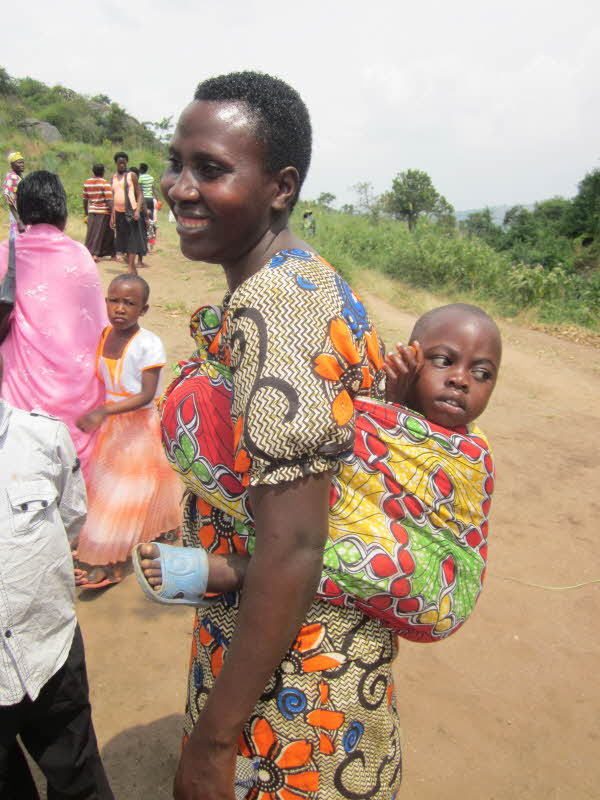