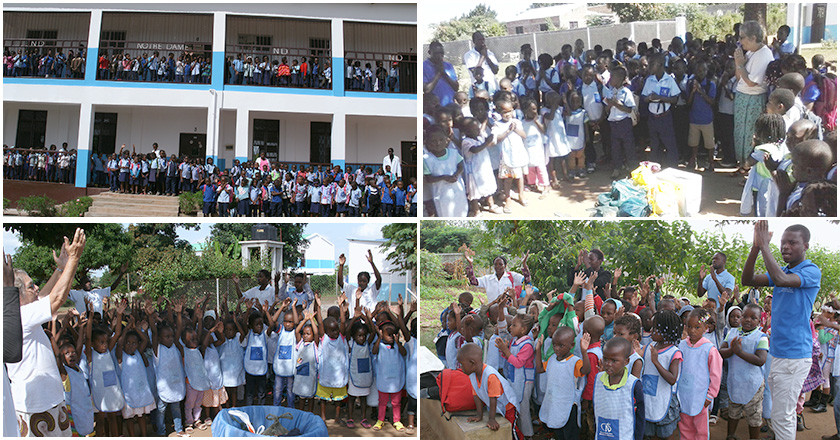 In the last provincial meeting of Education, held on April 15, the schools across the country of Mozambique were invited to hold a solidarity campaign in favor of children and adolescents of the provinces who are suffering from a drought, especially in the central and northern regions. In the cities affected by the drought, the students are not even going to school because they have neither food nor water. So in addition to the deprivation of food, they are also being deprived of education.

Our school immediately answered this request and already on Monday of the following week, launched an appeal to children and teachers. Our motto was the song “You know, Lord, what we have is so little to give, but this little, we want to share with our brothers …” It was very beautiful to experience the joy of the children when presenting their offer, their little contributions according to the conditions of their families, but they offered them with love and the awareness that even though our region has suffered from the late rains, the rain came, while elsewhere people were not so lucky.

This campaign also wants to be a small gesture of gratitude for the help that we, the Mwana Une Rukariro School, received from the beginning. With our children we work on the awareness that we, too, have been and still are greatly helped by people and by so many institutions in different places, and we should be thankful for the education conditions that we have.

The donations received during the week have been sent in two lots to the target districts by the education sector, where they will be distributed in the needy locations.