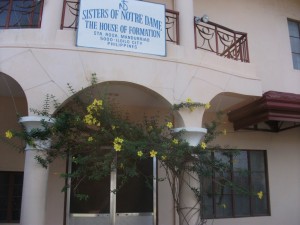 October 1, 2000, the exact date of our foundation as a congregation in Coesfeld, Germany, 150 years before, marked the beginning of the presence of the Sisters of Notre Dame in Iloilo City and Guimaras in the Philippines.

Iloilo City is the home for the Sisters who teach in the kindergarten which opened in 2011. The city itself is a mixture of great contrasts and a rich cultural heritage.

Guimaras is a small island located southeast of Panay Island and northwest of Negros Island in Western Visayas, Philippines. Three of the original missionaries came from our Indonesia province and one sister, a native Filipina, came from the Chardon, Ohio (USA) province. They responded to the request of the archbishop of Iloilo to have Sisters of Notre Dame work among poor people of Sabang, Sibunag, Guimaras. 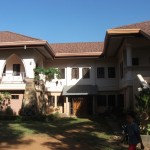