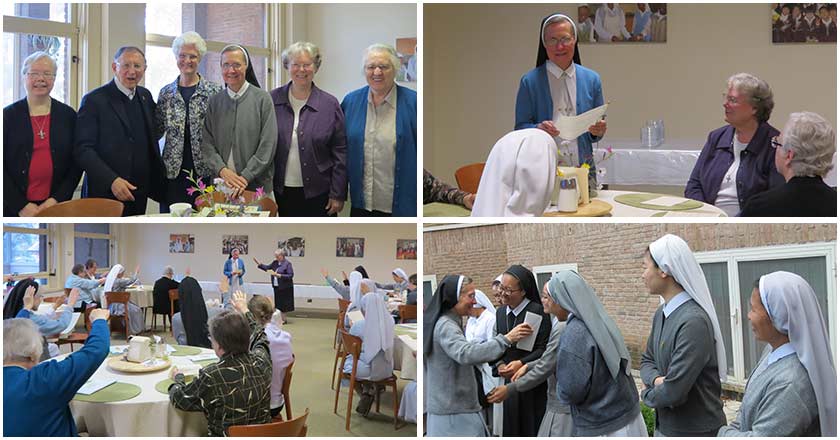 Sister Cormarie Rebhan returned to her home province of Covington, Kentucky on April 27, 2016.

Sister has served at the Motherhouse for 33 years.  She arrived in 1983 to serve in the ministry of adoration dedicating her life to prayer and service to her sisters living at the Motherhouse. Over the years Sister has ministered in the sacristy, laundry, sewing room, and assisting in the kitchen.

The Motherhouse community surprised Sister by naming April 20 a day in which to express our thanks for all she has given to the community.  Mass was offered for her intentions followed by a special breakfast to which Father Cinà, our chaplain, was invited.  Sister received two albums with pictures of her Roman jubilee celebration and the second with pictures from her years in Rome.  Each meal held a special surprise for Sister.  The surprises culminated at the evening meal with a special prayer which included time for sisters to express their gratitude for the many and simple ways that sister has touch our lives.

Her return to Covington is a gift and her presence in Rome will be missed.  Thank you, Sister Cormarie for everything!