Prayer for the Synod on the Family, Rome 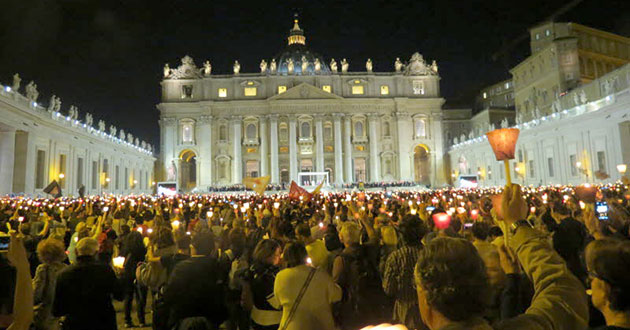 On October 04, on the eve of the Synod of the Bishops on the Family, Pope Francis along with the Synodal Fathers attended prayer with the thousands of families gathered in Saint Peter’s Square.

The two-week synod is the beginning of a year long process that could determine the church’s approach on some of the social issues of today. During the homily Pope Francis asked the faithful to pray for three special intentions for the Synod Fathers: for the gift to listen and seek the will of God, to have the openness towards a sincere discussion, and to maintain a fixed gaze on Jesus Christ. Together with the prayer of the faithful he said the synod becomes the occasion to renew the church and society.

The atmosphere in the Square was filled with grace and peace as thousands of faithful raised their colorful candles and sang the hymn invoking the Holy Spirit, “Vieni Santo Spirito, vieni”. Some of the sisters from the Motherhouse were also among thousands of faithful who participated in the prayer. The prayer service also included the testimonies of married and engaged couples, reflections on family life, scripture readings and harmonious singing. 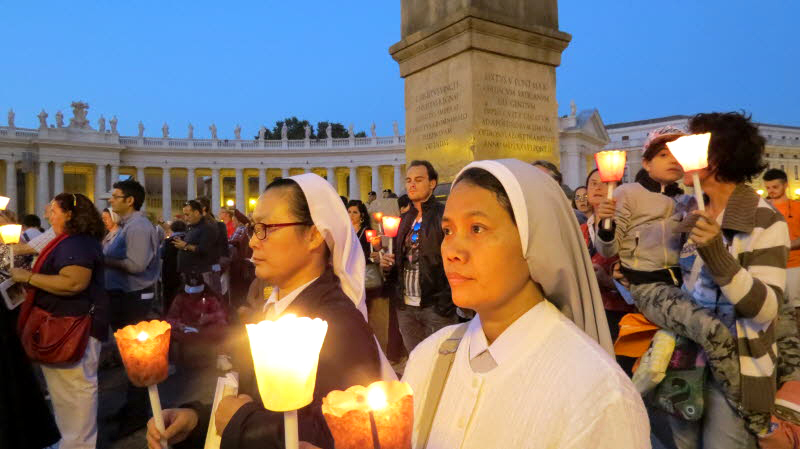 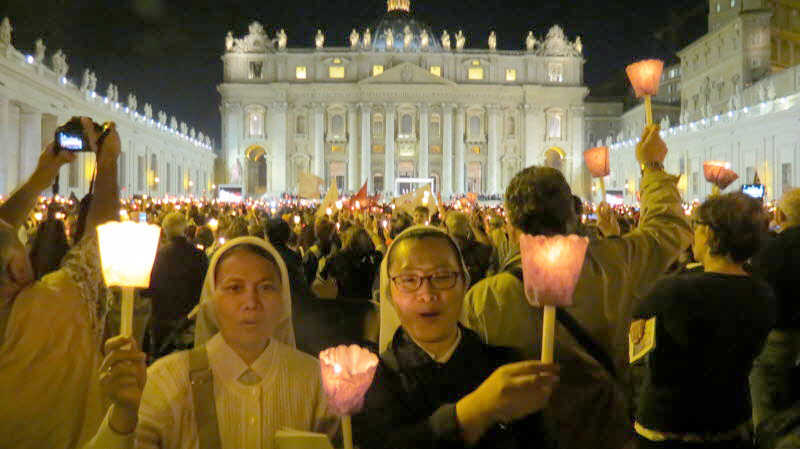