Race for the Cure, Rome, Italy 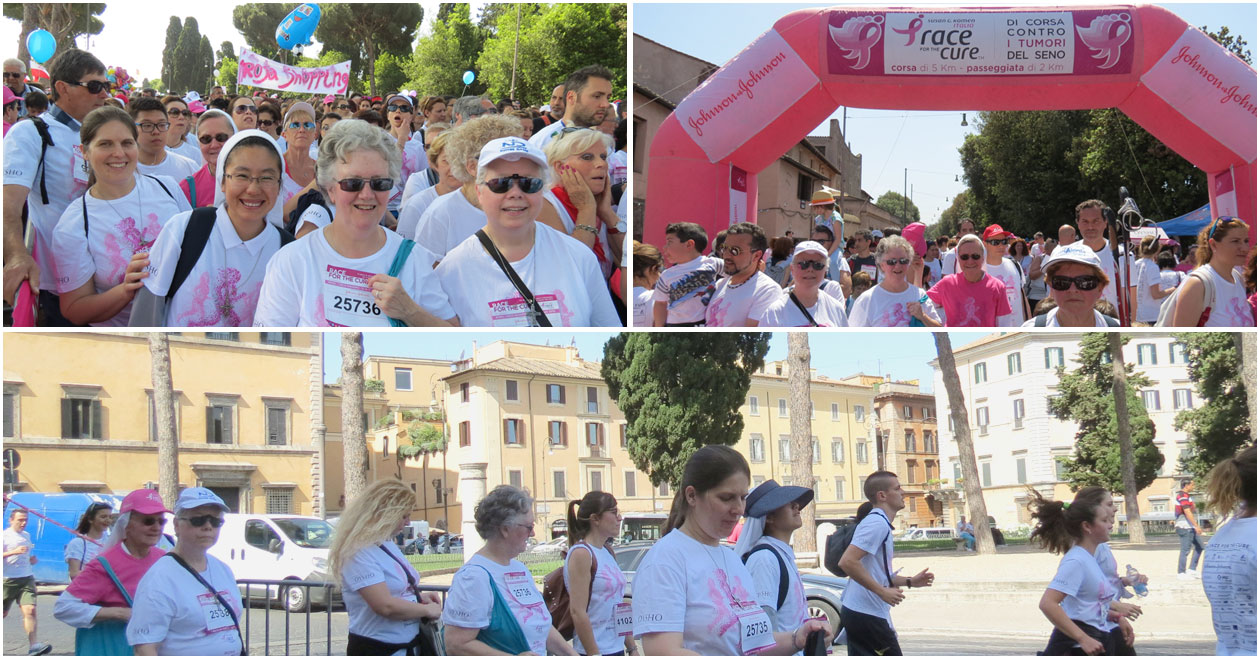 On Sunday, May 17, it was an extraordinary morning to see the generosity of more than seventy thousand people who took part at the sixteenth edition of the “Race for the Cure” in Rome.

The Race was organized by Komen Italy, to support the fight against breast cancer and allows the Association to continue funding projects of education, prevention and treatment of breast cancer. The participants of the Race for the Cure 2015, could donate a minimum of euro 15 which provided a pick up bag, T- shirt and some stationery items.

Sister Cormarie Rebhan every year helps with the Race and some of the members of the Motherhouse community were part of this great event!