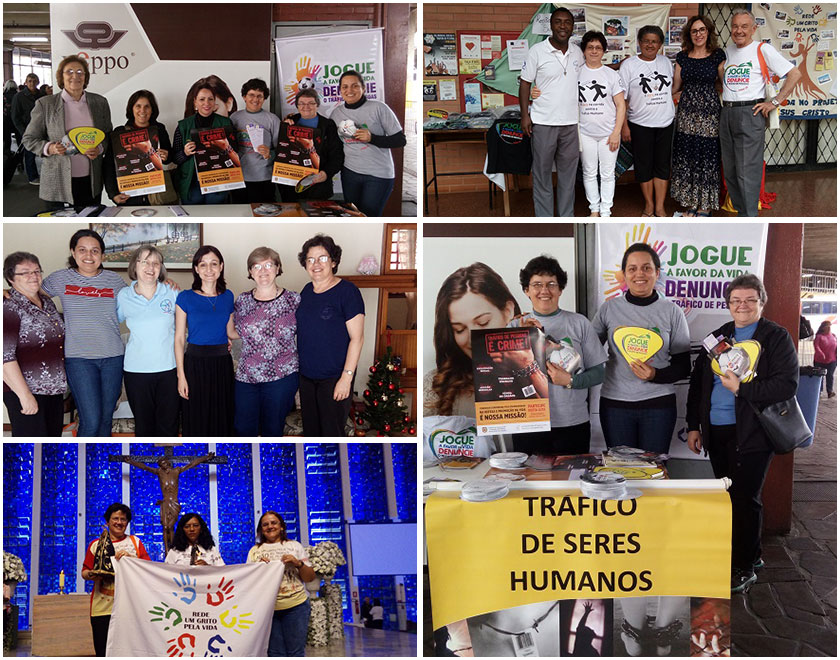 Um Grito pela Vida is a network coordinated by the Brazilian Conference of Men and Women Religious (CRB), engaged in the battle against Human Trafficking. To celebrate the 10th Anniversary of its operation, the participants gathered to evaluate past progress and to develop plans to continue the network’s mission.

The meeting took place in the Federal District, Brasília and had as its theme:  Ten years of Commitment in Confronting Human Trafficking: Remember, Celebrate and Plan!  During the gathering, the new national coordination team was elected. This team will support the 27 centers spread throughout the five regions of Brazil and will work to fight this social stigma.  Inspired by the Gospel values of prophetic anger as well as Samaritan compassion, the network against Human Trafficking will speak out in defense of human rights, and is convinced that a better world is possible.

During this 10-year journey, Um Grito pela Vida network has worked to strengthen the prophetic dimension of religious life. Also, it has contributed to the awareness of the need to fight Human Trafficking and has promoted concrete actions for its prevention.

The challenge is to continue to listen to the cry and to heed the silence of the many victims of human trafficking – the slavery of the century – and to engage in the fight against this cheapening of life.  May God, who first called Mary and today calls us to meet life, especially where it is in danger; to be light and strength in the ongoing struggle to overcome violence and to bring human dignity to every person.