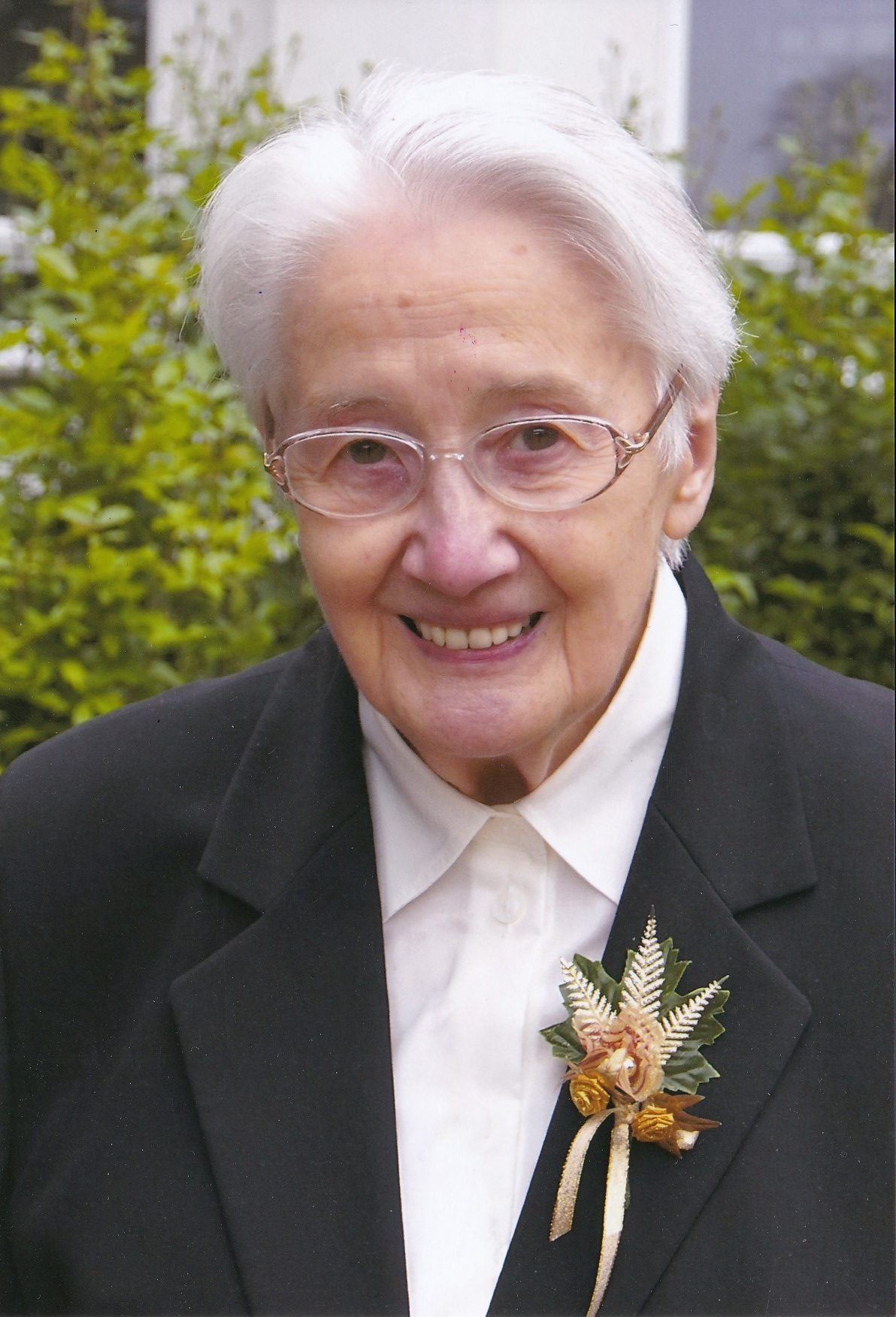 Maria Bolder was the first child born to Heinrich Bolder, a businessman, and his wife Adelheid. With her younger sister Margret she enjoyed a happy childhood in a deeply religious family in the inner city of Cologne. Maria was only nine years old when her father suddenly died of a heart attack and her mother had to give up their house and business in order to work herself for the livelihood of her children. At an early age the two girls were raised to be independent and to help with the housework.

Maria attended the basic primary and secondary school and then a supplementary school from which she graduated with the intermediate school diploma. She often spent her holidays on her uncle’s farm. There her interest in agriculture grew and lead to her wish to become a teacher of agriculture. She did an internship on a farm in Krefeld-Osterath to prepare for the training. From here she was able to provide her mother and sister in war-battered Cologne with the necessary food – often under adventurous conditions. From 1946 on Maria attended the Landfrauenschule in Geldern, where she passed her exam in rural home economics in 1948. Because of the post-war conditions she could not immediately go on with her pedagogical training, so she remained as an assistant teacher at the Landfrauenschule. At that time, she decided to enter religious life and she joined the Sisters of Notre Dame in Mülhausen, where she started her religious formation in September 1949. After the novitiate, Sr. M. Benediktine went to Wilhelmshaven to study. In 1955, she passed her exam as a teacher for agriculture and home economics.

For five years, she worked successfully as a teacher in Geldern. But then her ministry at school ended. At the motherhouse in Rome, she took over the leadership and guidance of the sisters who prepared for their final vows, and in 1962, she became the novice director at the provincial center in Mülhausen until 1970. These years were marked by the Second Vatican Council and the first new breakthroughs in the Church and in religious congregations as well as by the mission in Korea with the first Korean women beginning their religious formation in Mülhausen.

At the General Chapter 1969, Sr. M. Benediktine was elected the German general assistant and for the second time she also took over the accompaniment of the tertians in Rome. In 1974, she returned to Geldern as local superior and in 1981 she was again called to Rome to take over the management of Villa Maria Regina, the German guesthouse and home for pilgrims, and for some time she was also the local superior of the community. Here she worked for 20 years with great care, competence and kindness for the many guests, the young women who received part of their formation in housekeeping in Rome, and for her co-sisters.

In 2001, she came back to Mülhausen to spend the last phase of her life in the place where her religious life had once begun. She quickly adjusted to Germany again and for six years, she took over the leadership of the provincial center and of the community. She used her many skills for the wellbeing of the sisters and co-workers.

During the last years, walking became more and more difficult for her, but that did not prevent her from helping wherever help was needed. We will miss her many little services for our community. She was mentally fit and very interested in the events in the Church and in the world, she read a lot and knew how to use the modern means of communication. Her email contact with her sister in the USA on Sunday mornings was a fixed ritual. She also maintained contacts to other relatives and friends via Internet and telephone.

She had intended to celebrate her 93rd birthday with the community and the family of her nephew, but the good God had planned another place for her to celebrate. After a short stay in hospital, she gave her rich life in full consciousness back into the hands of our good God.

We are grateful that we were privileged to share many years of our religious life with her and we believe that she will continue to bring to God the concerns of our congregation.