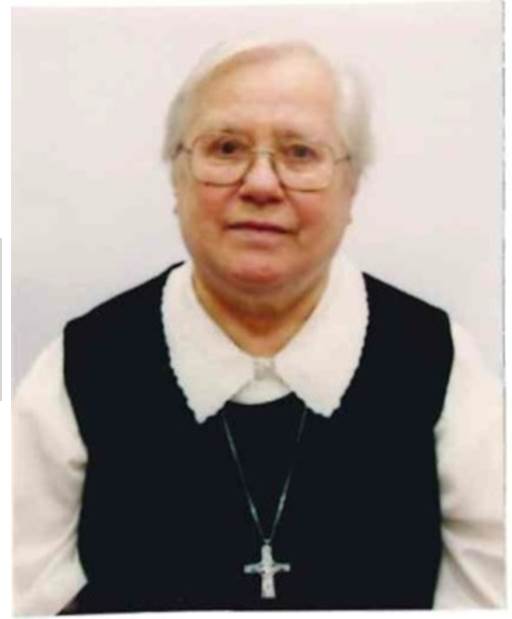 Frida was the eighth of the ten children born to Friedrich Tischler, a farmer, and Maria Ortler. When she was five years old, the family moved to Hinteranger in the region of Mühlviertel in Austria, where Frida went to elementary school. In Linz, where her father had found a job in a big company, she went to middle school and she completed her school education in 1950 in Prad am Stilfser Joch, where the family had returned in 1950. After having worked with a family for some time, Frida became a trainee with our sisters in Baldissero. In this atmosphere of serenity and peace and attracted by the example of the sisters, she felt the wish to follow Christ according to the evangelical councils.

On September 8, 1955, she began her novitiate in the provincial center in Rome. At her investment, she received the name Sister Maria Grazia. During the second year of her novitiate, she repeated her education at the middle school in Italian and then attended the lstituto Magistrale at the Istituto Maria Ausiliatrice. For 37 years, she taught at elementary schools in Rome and Turin. She spent eight years as principal and teacher in Baldissero Canavese.

Sister Maria Grazia was a conscientious teacher. She understood the small children and took special care of those who needed some attention. She identified with the problems of the families and teachers even when this sometimes led to misunderstandings.

She felt deeply connected with her family, especially with her twin sister Tusnelda, for whom she felt highly responsible after the death of her parents. Her death in 2005 left a deep hole in the life of Sister Maria Grazia.

Sister Maria Grazia had a special relationship with community prayer; she preferred her personal prayer and she could often be found alone in the chapel with one of her many rosaries from various shrines. She had a beautiful soprano voice which we could often enjoy in the chapel and on feast days in the community.

Her last two years were painful for her. She suffered from dementia and had many little strokes. She silently bore her illness with Christian serenity. On September 30, she gave her soul back to God.

Now she can meet all her loved ones who had preceded her to the house of the Father.