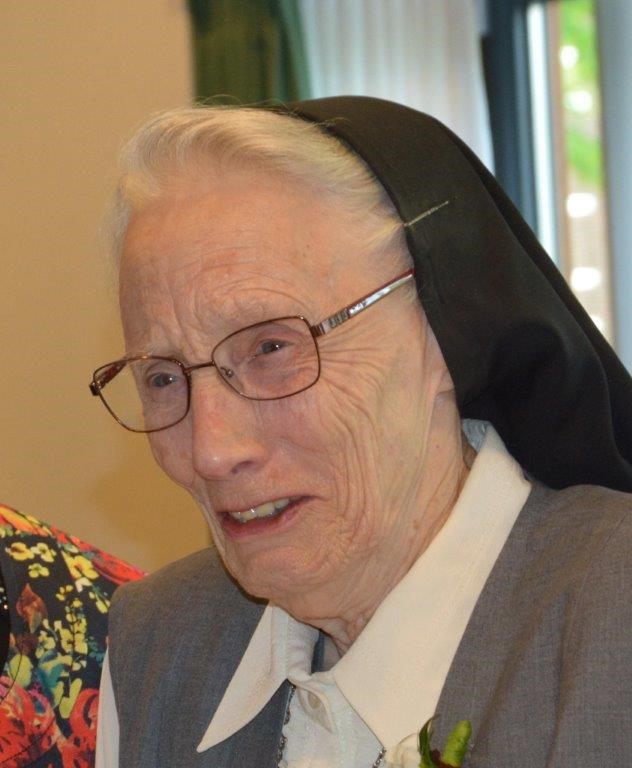 As a deer pants for flowing streams, so pants my soul for you, O God.
My soul thirsts for God, the God of life and the God of light.
When shall I come and appear before God?
(Psalm 42)

With this psalm, which Sister Maria Willihelma wished to be written on her obituary cards, she took leave of her co-sisters and thanked the Congregation in which she had been allowed to live and to work.

Sister Maria Willihelma was the second child born to Wilhelmus Heuijerjans and Cornelia Geenen. The couple had 4 children, two boys and two girls. Our sister was the second eldest.

Besides teaching, she continued studying and received the authorization of teaching business, French at secondary schools and at middle schools, and social pedagogy.

Then she became a teacher and principal at Mulo (secondary school) in Helmond and later in Hoensbroek. From 1974 until her retirement, she taught at the special needs school in Borculo.

She was very grateful. Whenever someone offered her assistance, she said a word of thanks.

After her retirement, she taught Catechism in Weert and worked in the parish.

When her strength was waning, she came to Tegelen to enjoy her retirement.

We thank Sister Maria Willihelma for her commitment. In our hearts, we will remember her as a generous sister.

May she now rest in peace!