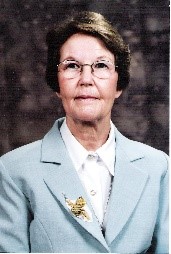 “Those who turn many to righteousness will shine like the stars for ever and ever.” Dn 12,3

With this verse from the book of Daniel we dare to characterize the life of Sister Theresinha Maria Waldert, who, from a young age until her final illness, was commitment to education.

Theresinha Maria was the oldest of three daughters born to José Waldert Filho and Scholástica Bergmann. Her father called them my “three Marias”, because each girl had Maria added to her name. She grew up in a Catholic family which cultivated the values of the Gospel, the foundation for her Christian faith.

Sister Theresinha Maria began her educational ministry in 1954 as a literacy teacher. After receiving a degree in Pedagogy as well as a Postgraduate degree in Educational Orientation, she continued her ministry as a teacher and principal in several schools. From 1994 to August 2012, Sister served as the school councilor/educational adviser for Colégio Maria Auxiliadora, Canoas, a position she filled with dedication, patience, wisdom, kindness, and professional ethics, especially in situations of human vulnerability. Sister worked to create bonds among teachers, parents, and students. Each day she spent time in the faculty room with the teachers and was concerned with the well-being of all.

Sister was always present for community gatherings and prayer. She cultivated Marian devotions and liked to bring back practices traditional in the congregation. She was talented and creative, loved to decorate rooms and create ambiences and bulletin boards. Sister Theresinha Maria especially liked the traditional regional festivals of both Brazil and the congregation, and excitedly prepared surprises for these feasts. She also loved to write and corresponded frequently with her family and friends, especially during the Christmas season. She nurtured deep affection to her family travelling with them during vacation time.

On July 3, 2012, Sister celebrated her eightieth birthday with much joy and excitement. However, from then on, her health started to visibly decline. In reply to the e-mail she had received from the provincial superior for her 80th birthday, Sister Theresinha Maria expressed gratitude and recalled the good times she had experienced, a sign that she already felt that her active ministry was over. Shortly afterwards, Sister was afflicted with a serious illness which caused her a great deal of suffering. She remained in the hospital for several months in a serious condition. However, she recovered and came to Recanto Aparecida, where she continued treatment.

In the eight years that followed, Sister Theresinha Maria received all the necessary medical assistance as well as the comfort of her sisters and family who were present during her sufferings, but especially in her struggle for life. We believe this suffering prepared and purified her so that, in the week in which we celebrate religious life in Brazil, Sister Theresinha Maria was able to say her definitive YES to the Lord’s call to eternal life.

May Sister Theresinha Maria rest in peace in the embrace of the One to whom she consecrated her life and served through her ministry. May she intercede for us and for more vocations for the church and for religious life.