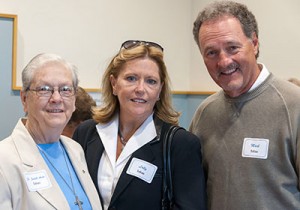 Notre Dame College in South Euclid, Ohio, moved its Academic Support Center for Students with Learning Differences (ASC) into new ─ and newly renovated ─ campus space in time for the start of the 2014-2015 school year. The ASC is now on the second floor of the south wing of Regina Hall.

The project was made possible by gifts from the Smiley Family Charitable Foundation, the Parker- Hannifin Foundation, and numerous other named and anonymous institutions and individuals. 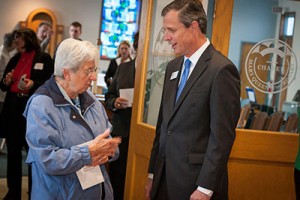 The ASC’s new home is more than twice the size of its former space in the Clara Fritzsche Library and includes computer labs, lounge areas, and office spaces for the more than 150 students with documented learning differences now on campus, as well as the instructional staff. Three Sisters of Notre Dame of the Chardon province are on the staff as tutors: Sister Mary Frances Murray, Sister Mary Joela Leinberger, and Sister Mary Judith Anne Sabau.

The ribbon cutting ceremony and blessing of the new space took place on October 9, 2014. The ceremony began with a prayer service in the Regina Hall chapel. After the blessing and the ribbon cutting the guests were invited to tour the Academic Support Center on the second floor and the Division of Nursing on the third floor. 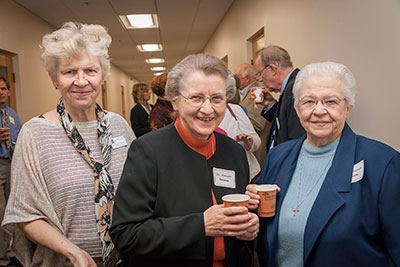 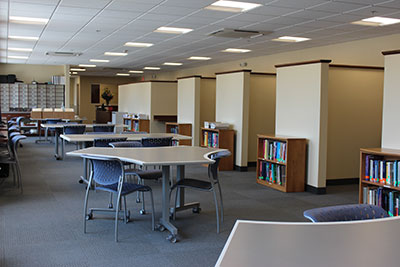 The new ASC private study rooms and a group work-study area are ready for action.