Sister Mary Kathleen Burns
Sister Mary Kathleen is a member of the Chardon Province (USA), from the Thousand Oaks region. She was born in 1961 and made her first vows in 1982. Sister served as the novice director in the U.S. National Novitiate from 1998-2015 and has been an Assistant General in Rome since 2016 and serves as the Coordinator of Formation Programs throughout the Congregation. She studied in Rome receiving a License in Spiritual Theology (STL). Sister has worked with the formation programs in our Congregation for the past 6 years, providing support and development to Formators and classes in Scripture and Theology to formees.

Sister Maria Nonata de Aguiar Bezerra
Sister Maria Nonata is a member of the Passo Fundo Province (Brazil) and serves as the Justice, Peace, and Integrity of Creation (JPIC) Coordinator for the Congregation since July 2016. Sister was born in 1963 and made her first vows in 1984. Prior to coming to Rome, she ministered in Acre as coordinator of catechesis for adults and children and provided professional development for teachers in rural schools. Sister Maria Nonata was a participant in the 2019 Synod for the Amazon in Rome and brings her passion for JPIC to the Congregation in her ministry as a member of the General Council.

Sister Marie So-Wha Kwak
Sister Marie So-Wha is a member of the Incheon Province (South Korea) and has served on the General Council for the past 6 years. She assists the General Treasurer of the Congregation and serves as the local treasurer for the Generalate community. Sister was born in 1967 and made her first vows in 1995. Prior to coming to Rome, Sister served in the Incheon Province as provincial secretary and a teacher. Sister has studied in Kettering, England as well as lived and taught in the Thousand Oaks region of the Chardon (USA) province. Sister brings a strong background in finance, technology, and planning to her position as an Assistant General.

Sister Mary Karuna Matthew
Sr. Mary Karuna is a member of the Patna province (India) and currently serves as the Assistant Coordinator of Formation programs for the Congregation. She has resided in the Generalate in Rome for the past 5 years. Sister was born in 1967 and made her first vows in 1989. Prior to coming to Rome, Sr. Karuna served as a teacher, school Principal, vocation promotion and integral pastoral ministry, and Director of Novices in her Province. She has a bachelor’s degree in education, a master’s degree in Theology from the Gregorian Jesuit University in Rome, a Diploma in Counselling and Spirituality, specialization in formation, psychology, and Ignatian spirituality, and participated in a 6-week immersion program in Ignatian Spirituality in Spain. She looks forward to continuing to share her gifts with the Congregation as an Assistant General.

Sr. Mary Prabha Jesudhason
A member of the Bangalore Province (India), Sr. Mary Prabha was born in 1976 and made her first vows in 1998. She currently serves as the Principal of Notre Dame Academy in Bangalore. She holds a Bachelor of Education in Science and a Master of Arts in Education (California) with an emphasis on Special Education and a separate Master of Education, General Education. Sister has served as a house councilor in the Provincial House in Bangalore well as in Choodasandra, and on several education commissions and on the commission for differently abled in the Archdiocese of Bangalore. She brings technology, planning, and language skills to her ministry as an Assistant General. 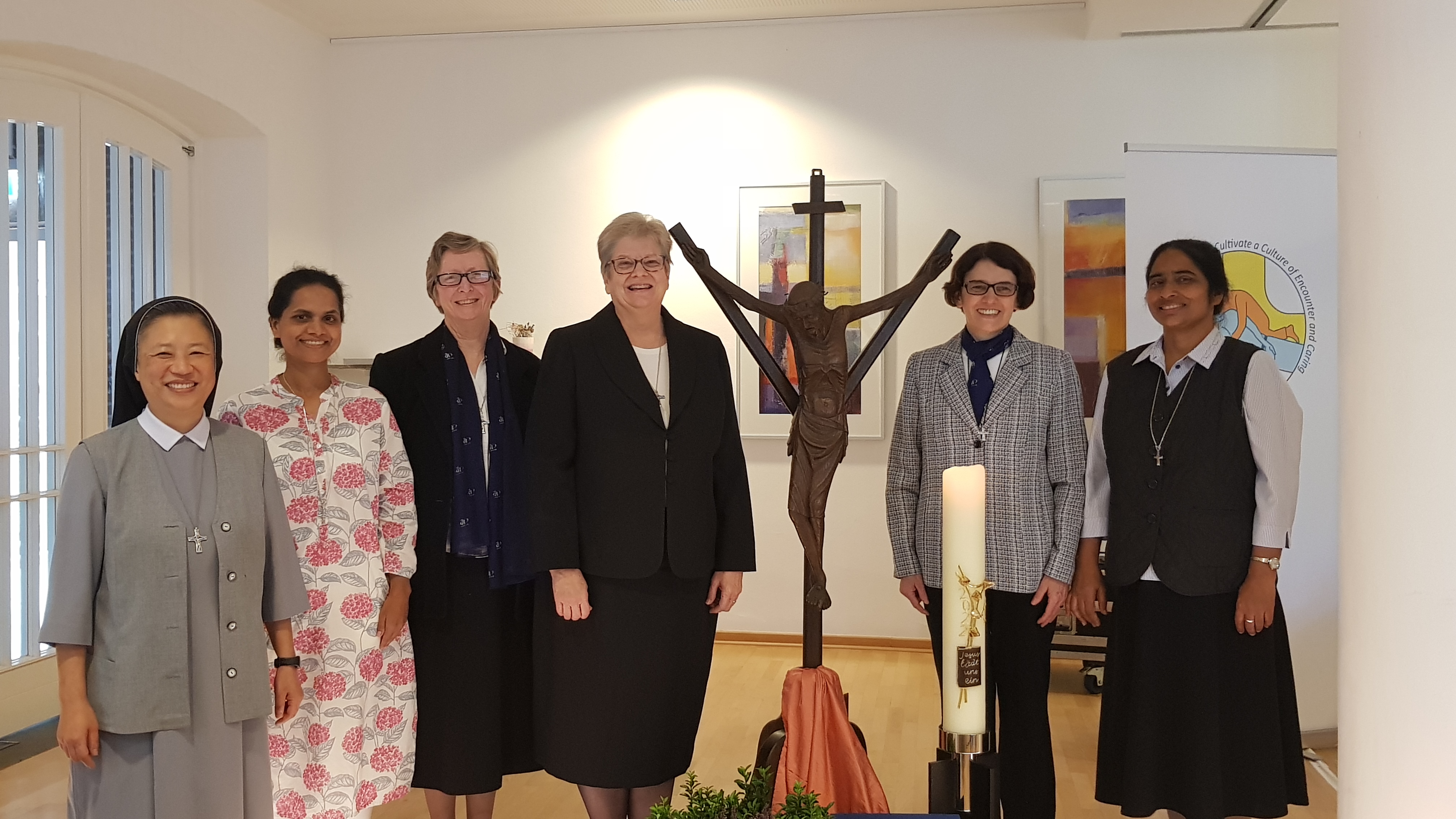