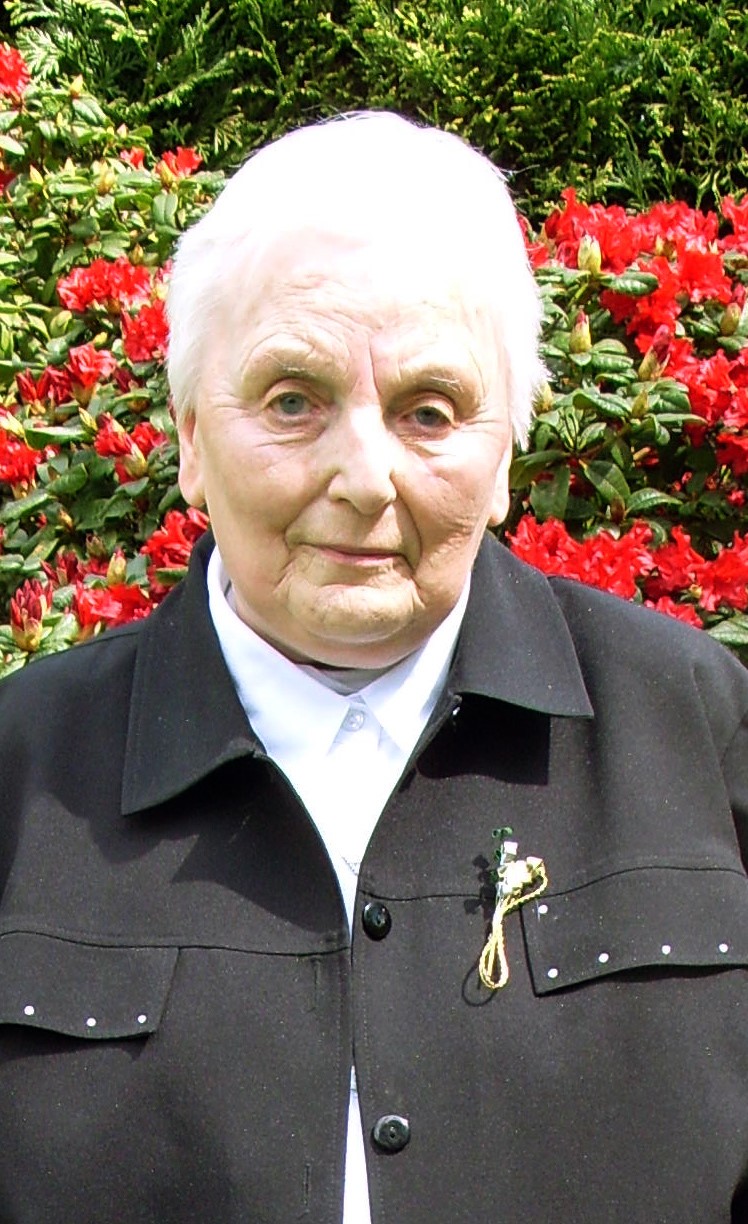 “Here I am before you – my hands are empty – Lord, fill me with your presence”.

Sister Maria Therese was the oldest of 7 children and received the name Sophia. In her curriculum vitae she wrote, “Surrounded by the loving care of my parents, I spent a carefree childhood in my parental home.” Her father was a master tailor and her mother did the housework. The children were brought up in the Catholic faith, which was practiced in the family. Here the foundation of Sophia’s down-to earth faith was laid.

The kindergarten and the schools which Sophia attended were run by women religious. These were good conditions to further grow in the Christian faith. Sophia was a boarder at St. Michael’s Notre Dame School in Ahlen, where she got to know the Sisters of Notre Dame. She also completed her training as kindergarten teacher, director of children’s homes, and youth leader at different convent schools. After working at a sanatorium for children in Königsfeld for one year, she followed her long-cherished wish to become a religious sister. In 1953, when she was 21 years old, she entered the Sisters of Notre Dame in Coesfeld. (Her younger sister became a Franciscan in Nonnenwerth). The first years in the convent were a challenging time for the independent young woman; Sophia received the name Sister Maria Therese. From 1968-1970, she attended the college for social pedagogy in Münster.

For almost 50 years, Sister Maria Therese ministered in different educational and social institutions of our Congregation, such as nursery schools, children’s homes, recreation homes for mothers and children. Sister Maria Therese was a born pedagogue; she had natural authority. Because of her skills and professional knowledge, she was entrusted with the management of the institution where she worked right at the beginning of her professional activity; in addition, she often accepted the role of local superior. In 1997, she assumed the responsibility of the guest house St. Josef in Garmisch-Partenkirchen.

Sister Maria Therese was open and friendly towards others, she listened and tried to understand. She followed current affairs with interest and critical reflection. She was open to necessary change, whether in her educational work, in the Church, or in the congregation. She regretted that the implementation of the Council decrees (1962-1965) hardly was a topic any more after only a short time of new beginnings. With regard to Rome, she wished that a future pope might continue and implement the renewal initiated by Pope Frances. For years, she read the latest spiritual literature.

In an interview in 2016, she was asked to say a word to younger sisters. She advised them to keep the whole Congregation in mind; to keep their eyes and ears open, to seek new ways, and to be risk takers.

Sister Maria Therese had a clear idea of her retirement. She wanted to use her time for more silence and prayer. We often saw her in nature. In April 2018, she moved from Vechta to Kloster Annenthal in Coesfeld to be better looked after in her old age. As her strength was decreasing, she was grateful for every help. She calmly expected her death. We are convinced that the Lord has fulfilled her longing to be with Him.